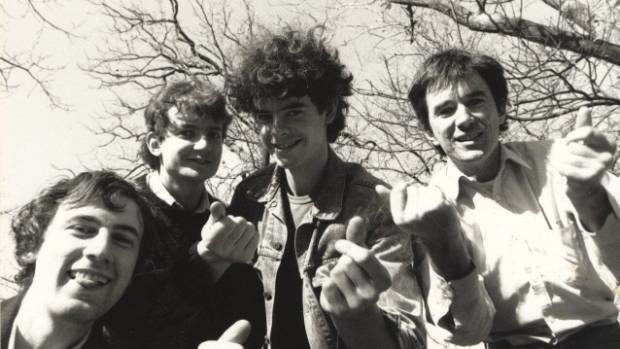 This is how it begins: a quick soundbite of an old newsreel, then straight into a song in which an antiquarian salesman invites you to consider random items from his collection. 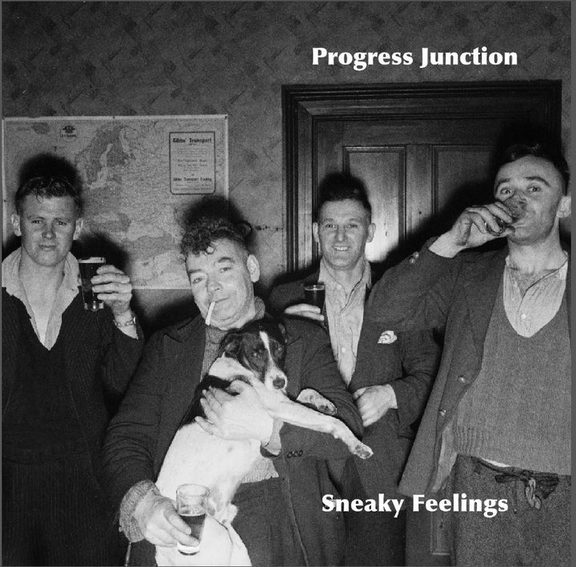 That opening might give the impression that the first album in nearly three decades from Sneaky Feelings is an album about history - which wouldn’t be unexpected from a band who after all have a lot of history to look back on. And in a sense it is about history, only the dozen songs on Progress Junction don’t just look back. Several of them examine the present, while at least one of them gazes into the future. The second song up, ‘Castles Of Dreams’ is a wry piece of promotion for a retirement home.

David Pine and Matthew Bannister, who wrote the first and second song respectively, were always the chief songwriters in the Sneakies and as these opening tracks show, neither has lost their touch. These songs are melodic and poetic, and often employ humour even when the subject is serious.

But they are not the only writers in the group. This band has always appeared to be that rare institution, a functioning democracy. All four members contribute songs, and in the past some of the best ones came from drummer Martin Durrant. It was his ‘Strangers Again’ that Bic Runga covered so beautifully on her rarities set Try To Remember Everything, and his ‘You Never Know’ is one of the standouts on this record. It could almost be some pre-rock’n’roll, Great American Songbook classic as interpreted by a 60s beat group. In a way it sums up the breadth of this band and the respect for the whole history and craft of popular song that has always come through in their music.

It may be nearly 30 years but it certainly sounds like the same band. They still prefer hitting and strumming things to sampling or quantising, and a song full of warm harmonies and chiming guitars like ‘Eyes On The Horizon’  (by bass player John Kelcher) comes close to epitomising the so-called Dunedin sound, of which they were pioneers.

But these days none of the band lives in Dunedin. Both Kelcher and Pine are in Christchurch, and it’s not surprising to find post-quake themes emerging in both Pine and Kelcher’s writing. Pine’s ‘I Don’t Blame You’ is a particular heartbreaker.

There’s something remarkably compatible about the voices of the four Sneakies, which might be the thing that ultimately makes them such a good band. Though Bannister’s vocals are still identified by the trace of a Scottish accent, they all occupy much the same range, and there’s no one of them that stands out as more showy or expressive than the others. In fact, none is really a spectacular singer, which doesn’t mean they don’t have exactly what’s required to put these songs across, which is character. John Kelcher certainly brings plenty of that to the title tune. One of his own songs, it’s the most eccentric track on the record; an off-kilter country tune (complete with jaw harp – cue tumbleweeds) and a tribute to the South Island’s West Coast where he grew up.

For most of the album Sneaky Feelings don’t lay on the Kiwiana quite as thickly, though it’s never far away, the archival soundbites giving it something of the feeling of an Antipodean The Who Sell Out.

I suspect it is in Sneaky Feelings’ favour that they were never quite flavour of the month, even in their ‘Dunedin sound’ heyday. (Chris Knox once infamously damned their music as ‘wimpy soft rock’.) If you’re never in, you can never be out. But they have always written memorable songs about ordinary life, and if that’s something you value then you’ll find plenty of use for these new ones here. As was always the case, Sneaky Feelings have made an album that doesn’t sound quite like anyone else. But Progress Junction does sound like New Zealand, as it looks in both directions, from this strange place in the second decade of the 21st century.