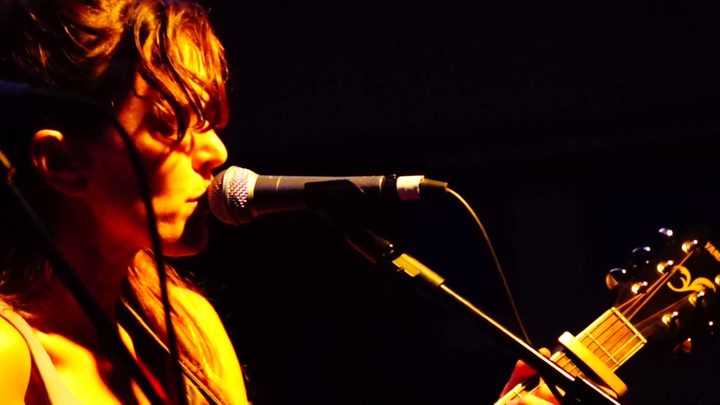 This ten-song album arrives hard on the heels of Fountain's EP Hopeful & Hopeless but it's immediately apparent that they are quite separate entities.

Of the two discs, the EP was the more recently made, its five songs captured live at Auckland's Wine Cellar in 2014, and performed by Reb and her band of the time The Bandits. It's a varied set, while keeping within the broad parameters of the style often referred to as Americana, which Fountain, with her North American roots, has a genuine claim to.

Little Arrows was begun several years earlier, though it involves several of the same musicians. And there are places in these songs where she draws again on that deep well of American song.

But for most of these tunes Fountain conjures another place entirely.

With its dark minor chords and insistent waltz rhythm 'The Arrangement' sounds as though we're standing on the edges of some gypsy carnival. And that is the musical location of much of this album.

The tempos may be lively, still there's a brooding darkness about songs in which Fountain reflects on trust, betrayal and survival in a hostile world. If there is dancing, it's a serious dance, the kind performed to exorcise some malign spirit. And in her singing, too, she seems to be drawing - like the Spanish duende - from the deeper and darker parts of the soul.

The gypsy atmosphere is reinforced by the way almost all of these songs fall into minor keys, but clincher is the violin that weaves through the album in a style that, again, is closer to Romany campfire than Appalachian hoedown. It is played by the late Sam Prebble, who along with guitarist Dylan Storey was one of Fountain's close collaborators on this project. It was Prebble's death in 2014 that saw the project put on hold. For a long time, neither Fountain or Storey felt able to revisit the unfinished work. Not only was it just too sad hearing Pebble's lovely, sensitive playing; his death complicated their relationship to the work itself. And there are moments throughout the album that seem, in an eerie way, to prefigure some kind of dreadful loss.

Fortunately over the past year Fountain has found her way back to these recordings, the ones that make up Little Arrows as well as the five songs on Hopeful and Hopeless. They make up a deep, dramatic if somewhat haunted body of work. And I hope that completing these recordings has freed Fountain up to work on whatever new songs she has brewing, and that perhaps these will come from a brighter place.