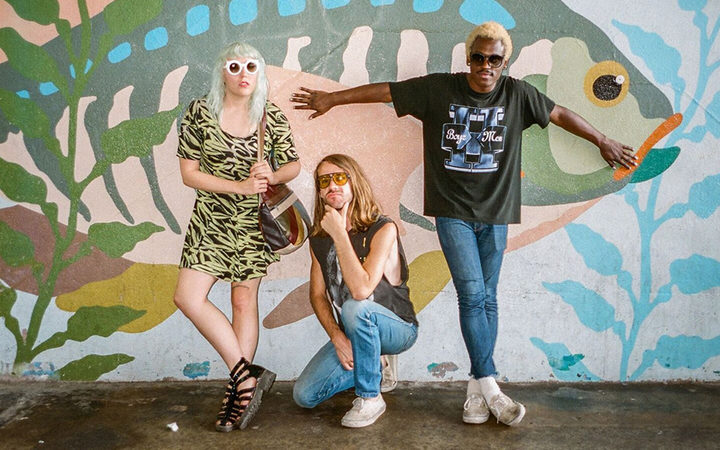 Elliott Childs dives into the surf-punk of Portland-based Guantanamo Baywatch.

The first time I encountered the brilliantly named, Portland based, Guantanamo Baywatch, was at the end of their recent New Zealand tour with local bands, Tigers of the Sea and Dad Jokes. In a small venue, Guantanamo Baywatch were deafeningly loud and on the verge of chaos almost the entire time, but it was impossible not to be impressed by their raucous, break neck mix of surf rock and punk. 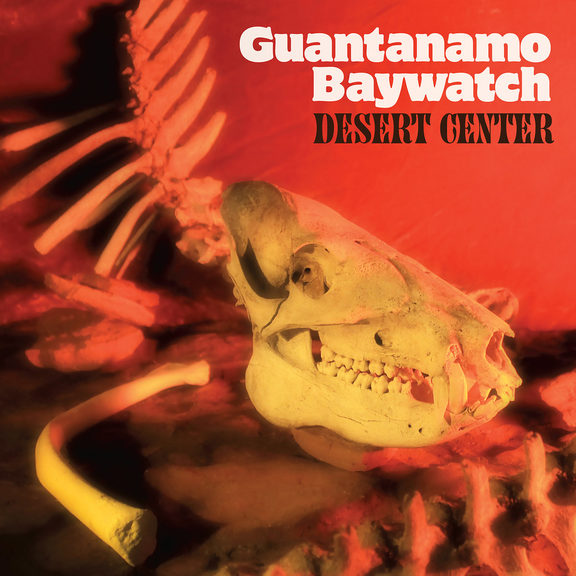 It’s difficult to make twangy, reverb drenched guitar instrumentals sound different and original. It can be hard for newer acts to come out of the echoey shadows of giants like Dick Dale and Duane Eddy to create something new under the scorching California sun. But, Guantanamo Baywatch manage to do just that by incorporating elements of Surf, twangy country and even Ennio Morricone’s spaghetti Western scores. The guitars are bright and trashy and the whole thing is played with enough bite to remind you that at their heart they're a punk rock band.

Five of the nine tracks on this album are instrumental and it seems that Guantanamo Baywatch feel more comfortable and adventurous when they play without vocals. But this album isn’t all about crashing reverb and twangy guitar. On Blame Myself, the band moves towards a more vintage pop oriented sound. It is still packed full of fuzzy, dirty guitars, big sounding drums and even a subtle organ part. But it is topped off with Powell’s voice, which sounds like it’s close to being shredded beyond repair. The result is something akin to Funhouse era Iggy Pop covering a Ronettes song.

This is a record, and a band, that really does not take itself too seriously. There is a playfully crass sense of humor that shines throughout the album. Whether it’s in the odd but strangely appropriate movie clips that serve as introductions to certain tracks or the lyrics to songs like Video, where Powell admits that he has appeared in a recording and that he is somewhat ashamed of himself.

That’s not to say that this record should be dismissed as a joke. Guantanamo Baywatch seem to have a great understanding of what made Californian music in the 60’s so great. Their songs borrow heavily from that time and place, but include ideas and styles that could only come from having delved deep into the history of the music. They’re not the first band to combine 60’s pop and punk rock, but their humorous and subversive yet knowledgeable approach makes Guantanamo Baywatch, one of the more compelling bands in that vein for quite some time.