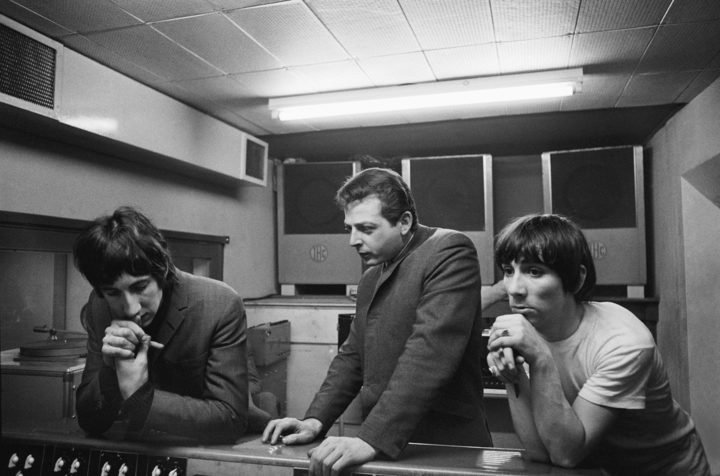 There are few names that found their way onto the labels of more British hit singles – at least in a period from the mid to late 60s - than that of Shel Talmy. The first record I saw it on might have been ‘Tired Of Waiting For You’, The Kinks’ wonderfully weary 1965 single. It still sounds great, and Shel Talmy is a big part of the reason. 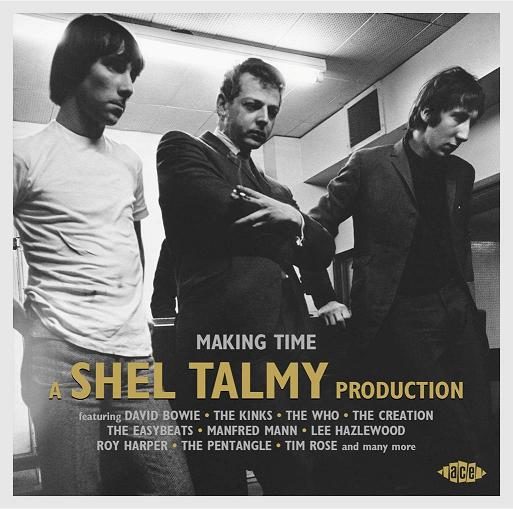 Originally from Chicago, he had been a child quiz star before getting interested in the entertainment business. Though he originally wanted to make films, he wound up in sound recording, learning to engineer on sessions around Los Angeles. A move to London in 1962 happened to coincide with the British beat boom, and Talmy – with his American swagger and studio savvy – was perfectly placed to help define its sound.

As well as producing all the Kinks records for the first few years, he cut a dozen or more records with The Who, including ‘Anywhere, Anyway, Anyhow’, which is featured here.  Always focussed on getting a big sound, and seemingly without the British concern about possible damage to equipment, Talmy encouraged Pete Townshend in his use of feedback and loud distorted guitar sounds.

Making Time is a good survey of Talmy’s 60s work, though  far from exhaustive. It only features a single track per artist. But the tracks are well chosen, usually giving a clear example of what Talmy brought to the party. And as well as recognised classics it contains a good swag of rarities. There’s a very young David Bowie – or Davy Jones as he was known back then – with an alternative take of an already-obscure 1965 single, cut under Talmy’s supervision.

Though Talmy was instrumental in helping to forge a distinctly British sound – all those big jangling guitars – he also brought an awareness of the American pop of the day, the hits the likes of Phil Spector and Motown were making, and he channelled some of that into records like those of a powerhouse Irish singer known as Perpetual Langley, who should have got a lot further than she did with her great version of Ashford and Simpson’s ‘Surrender’ from 1966. But Talmy was also attuned to such peculiarly British fusions as

Pentangle’s ‘Light Flight’ which some might remember as the theme to that very swinging London television series Take Three Girls.

There’s a whole lot more on Making Time: A Shel Talmy Production. It makes a varied and very enjoyable playlist. The sounds are inventive and great. And it’s answered a question I always pondered, from the first time I saw the name Shel Talmy on a record label.

What does Shel Talmy do? Now I know.

Making Time is available on Ace