My Heart Is A Beating Drum by Cave Circles 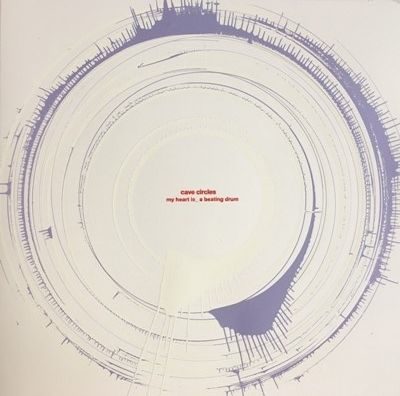 Cave Circles is the current alias of Wellington musician Riki Gooch. A drummer and producer, he was a cornerstone of the original Trinity Roots, and has subsequently played with everyone from Neil Finn to Orchestra Of Spheres, as well as leading his own projects such as the outrageous 29-piece Eru Dangerspiel Ensemble. But Cave Circles is more self-contained than any of these outfits; in fact Gooch is its sole participant. And it finds him trading in his drumsticks for the tools of techno. Which doesn’t mean his intense rhythmic sensitivity isn’t all over these four pieces.

The name Cave Circles invokes both primitive art and the deejay’s wheels of steel, and the music Gooch make here really sounds like a meeting of the two. It’s pure electronica, and yet the effect is somehow primal and ancient.

Sometimes there are playful basslines, like the synth part on the title track. At other times, it all seems muffled and ambiguous, like dance music, heard from inside the womb.

Though none of these tracks is particularly long, they feel as though they have neither a beginning or an end; that the record could end at any time and the rhythm would carry on regardless.

My Heart Is A Beating Drum is available on RPM.