Dark Arts by The Nudge 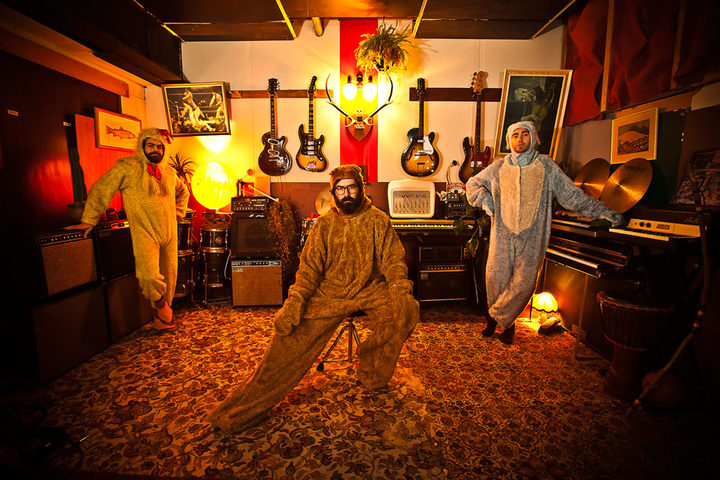 Nick Bollinger has a taste of the nouveau-psychedelia of The Nudge. 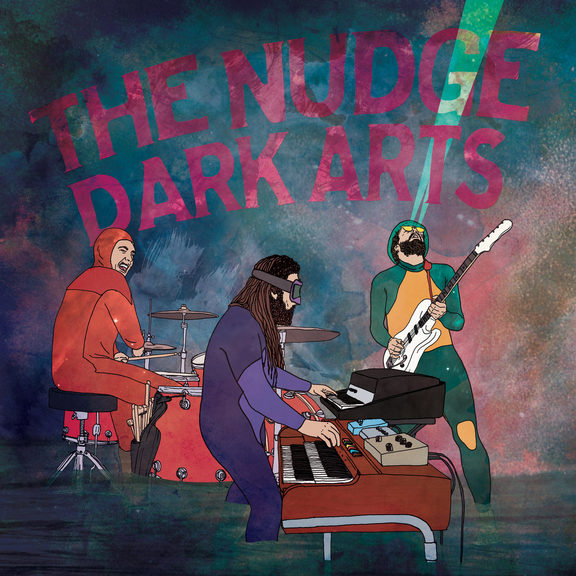 You’ll either be curious or horrified to know that this album, the second by Wellington trio The Nudge, contains just three tracks, one taking up the entire second side of the vinyl. If that seems like a throwback to the days of early-70s prog, listen to guitarist Ryan Prebble exercising his fingers and his wah-wah peddling foot during the second movement of ‘Bring Me Your Love’, the 24-minute track that takes up the whole of Dark Arts’ second side.

It’s psychedelic music by definition, and gave me a flashback to the early 70s, when as a young teenager I’d catch bands like Ticket, Highway and Billy TK’s Powerhouse, at the University Union Hall in Kelburn. It was a time when tolerance for long instrumental jams was high; the semi-improvised music meshed perfectly with Peter Frater’s experimental light shows. The projections of molten brightly-coloured oil and strange slide shows made up for the lack of on stage theatrics. The musicians were usually obscured by mountains of hair, and often seemed so engrossed in their own playing that they barely noticed the audience was there.

Of course all this was chased away within a couple of years, initially by glam, then by punk; genres that favoured conciseness and direct communication with the crowd, and had little use for trippy lighting effects. But it seems these things are cyclical, and that old oilwheel – or at least its accompanying soundtrack - has come around again.

The sense that we’re in some early 70s timewarp is intensified by the bluesy vocal melody of the third movement – very Ticket – and what sounds like one of those rotating Leslie speakers lending that fluttery, vaporous effect to the vocal. But there are other moments that, while equally spacey, move at a more urgent pace, like the title track.

But it would be wrong to characterise The Nudge simply as a retro acid-rock band. While they seem to have thoroughly absorbed the music of that period, there are other more recent influences at play here as well, from shoegaze to trance. It all somehow melds in a sound that is refreshingly organic, that requires real physical contact between player and instrument. And it doesn’t seem studied, but rather like they have arrived at this place naturally, and are going to take a look around before they explore the next galaxy.

Dark Arts is available on Keen For A Nudge.