The Ecstatic Music of Alice Coltrane/Turiyasangitananda 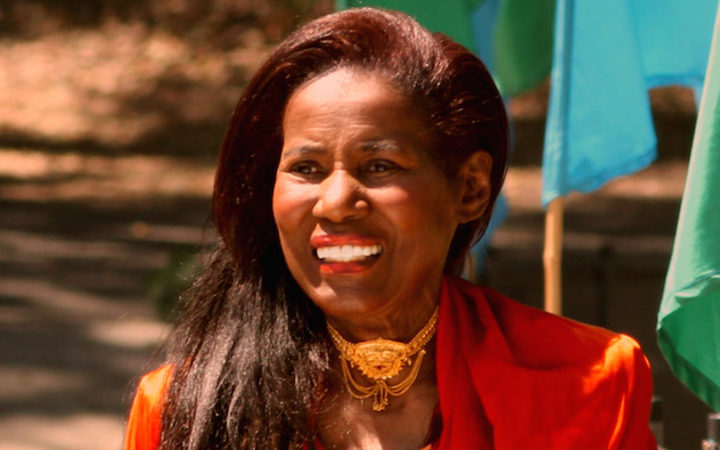 Alice Coltrane, wife and widow of saxophone giant John Coltrane, got a rough time from the jazz police. The music she made – initially with her husband, later as a composer and performer in her own right – didn’t conform to conservative notions of what jazz was, or ought to be. But time brings new audiences and fresh appraisals, and now – ten years after her death – her work is more widely appreciated. So much so that some of her most obscure recordings are being revived. 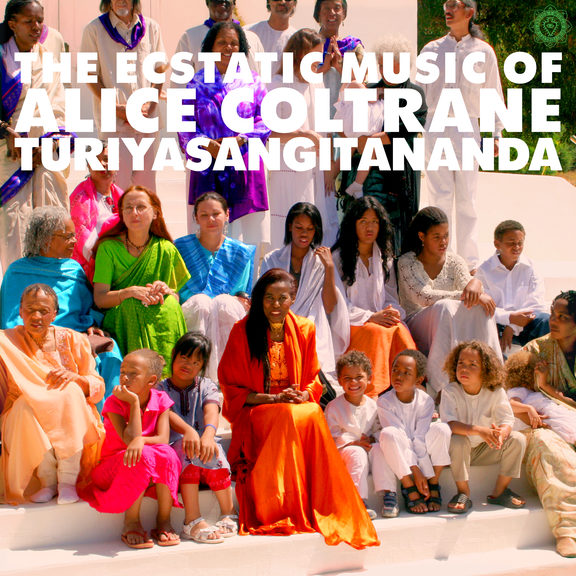 With tambourines flapping and synths swelling, the opening track on this collection could be some world/electronic fusion group serenading WOMAD revellers, or a Hare Krishna procession down Cuba St on a Friday night. It’s actually from one of Alice Coltrane’s later albums, released on cassette under her spiritual name Turiyasangitananda, after she had retired from professional musical life to start an ashram. The pick of those recordings, made in the late 80s and early 90s, make up The Ecstatic Music of Alice Coltrane.

The album is aptly named. Based around religious chants, reinforced with repetitive beats and under-laid with big, swelling chords, the effect is of a group of enthusiastic devotees working themselves into a transcendent frenzy.

Originally a piano player, Alice Coltrane had been playing in her husband’s group not long before his death from cancer in 1967. After that, she took up the harp, an instrument he had apparently loved. And though the recordings she made in the years immediately after his death were received warily by jazz critics, albums like Universal Consciousness have since been acknowledge for their musical and meditative strengths.

Still, these later recordings would no doubt have baffled the jazz police altogether. Though it seems music was always an integral part of her life, by this time Coltrane was ensconced in the Californian ashram she had founded, devoting her life to spiritual teachings and practices, and much of this music feels like it might have been the accompaniment to some sort of religious ritual. She had discovered synthesisers, and their thick tones sweep and swoop through these tracks, in a sonic approximation of spiritual ascension.

A lot of it could be broadly categorised as new age - hardly my favourite genre - yet in parts I hear a fusion of faiths, and a fascinating one. As vital to this music as the Hindu chanting is black gospel, the music Coltrane sang and played in the Detroit Baptist church when she was growing up; back when she was still Alice McLeod. And there’s an unmistakable gospel swing to the big churchy choruses. But it’s equally there in her soulful solo vocal in one of this collection’s quietest moments.

The Ecstatic Music Of Alice Coltrane comes at an opportune time. Her earlier music has found acceptance, alongside that of other former outsiders like Sun Ra, and it doesn’t hurt that the acclaimed electronic musician Flying Lotus, is her grand-nephew, and cites her as an influence. And these recordings, though mostly a quarter-century old, seem oddly contemporary. Or at least, as though their time might finally have arrived.

The Ecstatic Music of Alice Coltrane is available on Luaka Bop.