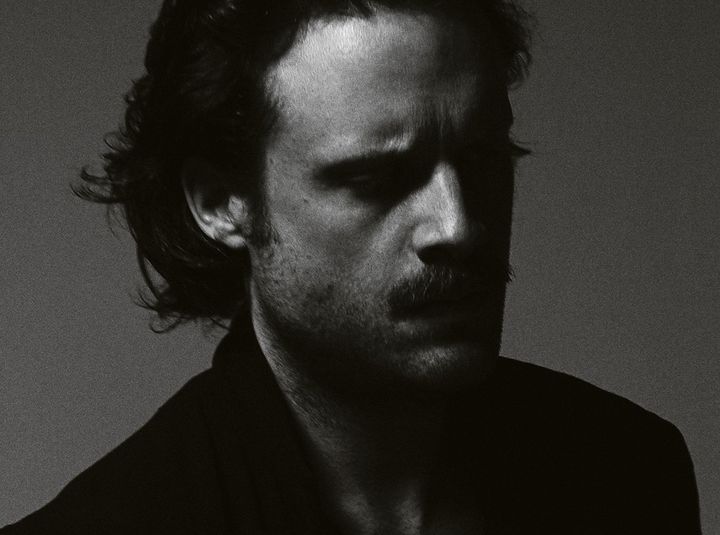 “The terrifying reality is everything is chaos and no one is really in control of anyone or anything” says Joshua Tillman, better known as Father John Misty. So why has he called his new album Pure Comedy? asks Nick Bollinger.

Back in the 70s, whenever a new band or singer-songwriter appeared, someone would always ask: ‘Have they got anything to say?’, the implication being that pop music should be more than just ear candy, but also have some comment to make on the human condition. Father John Misty is the current recording name of American musician Joshua Tillman, and he has plenty to say.

His third and latest album is called Pure Comedy, and to explain why, he’s written a 2000-word essay,  which accompanies the physical disc. It’s a rambling, discursive piece, in which he examines some of the divisions facing a Trump-era America.

He writes: “What for some is clearly garden-variety violent white nationalism... is to others an opportunity to wrench the country back from the inﬂuence of hypocritical corporate tyrants bent on enslaving our minds”, before stating that his album espouses neither viewpoint.

“The terrifying reality” says Tillman, “is everything is chaos and no one is really in control of anyone or anything.”

So what does he suggest? Basically, that instead of expecting wealth, happiness and fulfillment we should submit to the likelihood that many of us will end up being eaten by bears, which is essentially the way all humans once lived, if you go back a few thousand years. And the sentiments are echoed in the songs.

But there’s a paradox here, in that where Tillman’s worldview is, you could say, a little discomforting, the tone of his music is quite the opposite. Played predominantly on acoustic instruments and recorded to analogue tape, the sound is warm, enveloping and familiar, like something that might have come out of California in the early 70s – that time when singer-songwriters were everywhere, and had to have something to say.

I spoke to Josh Tillman recently and – before we delved into questions of the human condition - I asked: 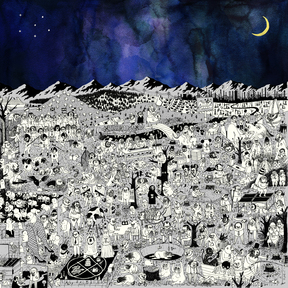 With so many sonic options now at one’s disposal, what was it that led you back to this traditional format?

Well I take issue with the term traditional. What’s traditional now is to have trap drums and synths and to make everything in the box. You could ask Picasso why, when he got to a certain place, why do you want to paint two-dimensional assholes? Why do you want to paint like a child? Is that traditional or is it primitive? My perspective on the way I made this record is that I have done a lot of experimentation and trying to branch out and stuff and it’s a privilege creatively to come back to a more primal place. I just want the fewest number of moving parts. I just don’t want a bunch of affectations and what I view to be pretentious experiments in sounding original. To me there’s something very gratifying about the texture and about the simplicity of that.

But the fact of the matter is that’s just sort of how instruments sound if you record them to tape. It actually doesn’t take that much work to make it sound like that.  I mean there aren’t that many new instruments in the world and that’s also the sort of ecclesiastical world view of the album, that it’s human vanity to think there is anything all that new.

You’ve called the album Pure Comedy and in the song of that name you explore this idea that everything is chaos, no one is in control of anything and life is really this kind of demented joke. Aren’t you really describing a tragedy?

I sort of take a more a more charitable definition than that. Comedy and tragedy - it’s not a bridge too far between the two of them…in the older more classical sense of the term. Let me look at this quote, who said it? – “There’s nothing funnier than unhappiness”. Samuel Beckett.

Maybe you’re just asking me that to expound on it. You don’t really not understand what I’m getting at, right?

Well a lot of songwriters don’t like to discuss the meaning of their songs but I get the feeling you do want to talk about the ideas that inspired your songs in the first place.

Yeah definitely. The timbre of most of my interviews - they start with the premise ‘your songs are very ironic’ and they proceed to ask me the most literal questions imaginable which is ironic in and of its itself. But the point of that tune ‘Pure Comedy’ is I want the listener to  feel like they and I are getting in a spaceship and going way out there and just for six minutes forgetting that we’re human. And if you ignore the broader scope of human history there is something innately comedic, and I think that the liberation in that is that tragedy makes you powerless [but] when you come to comedy I think you’re liberated to some extent. Ultimately the point of that song is there is empowerment in absurdity, because if you come to a place where you realise there really is no guiding tragic hand governing the events on earth, and that it really is us and that these core ironies and absurdities that seem to be the trademark of our existence these hundred thousand years that we’ve been here as humans, that we can kind of do whatever we want.

And ultimately the message in that essay is that we have to get to a place if we’re going to go anywhere, we’re going to create some vision for the future that we want, we have to realise that things are the way they are because this is how we want them. And while that is absurd it is a far more empowering message than things are the way they are because of the other side trapped in this feedback with blaming the other side rather than taking some sort of communal responsibility.

But there is a way of looking at it -that there is a power imbalance and that the way things are is because of who’s in control, which may not be the will of the majority.

Right, yeah, well this is music, it’s supposed to capture people’s imagination, it is not supposed to provide diagnostic prescriptions for civilian life. That is not what I do. There’s already enough disgust with that song as it is, can you imagine how much more disgust there would be if I started to break things down point by point, pedantically, exactly how to make things better with society? And that’s the thing, like, it’s music. If I wanted to write exhaustive pseudo-intellectual fake-critical-jargon treatises on society I would be a music blogger you know?