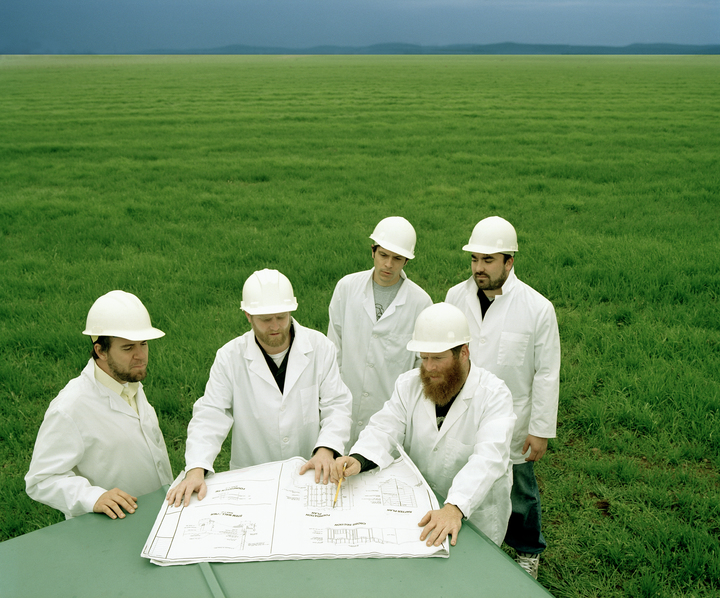 Nick Bollinger reviews an album by the reformed Grandaddy which picks up in the same desolate place they left off. 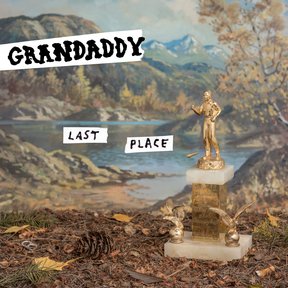 Last place is the first album by Grandaddy since this band jumped off what their singer and songwriter Jason Lytle called “the big rock’n’roll conveyor belt” just over a decade ago. Yet to hear it, you might think they had never been away.

That chugging rhythm, those fat synth and guitar sounds, and Lytle’s light, voice and clear pop melodies; all the things that trademarked Grandaddy’s music over the ten years they were active as a recording band appear to be undisturbed. But the songs are distinctive and new, even where the themes are familiar. Lytle might as well be singing about his own band in a song that opens with the lyric “Evermore, gone but not forgotten, anyway there’s more”. But it soon becomes apparent that’s he actually revisiting a favourite theme: the tension between nature and technology, and what becomes of the human spirit when it’s stranded in between. “Grieve like a freeway tree”, begins the chorus of ‘Evermore’. And it’s an image that’s echoed in other songs here.

Lytle’s voice is the same tunefully whispery thing it always was, and remained through the couple of low-key solo albums he made during Grandaddy’s absence. I used to think he sounded a bit like Neil Young, but I think what he actually shares with Young is more a melodic sense. Listening to these songs I’m sometimes reminded of Young’s After The Goldrush, both in the heart-tugging melodies and the elements of science fiction that are scattered through them. Only with the ever-present synths and studio manipulations, and Lytle’s obvious love of lush pop, it’s like Neil Young filtered through 10cc.

There’s an aching melancholy about Lytle’s songs that’s evoked by both his melodies and imagery, but also has something to do with the vulnerability of the people he’s singing about. I picture the same couple at the heart of many of these songs, somewhere in the vastness of America, clinging by their fingernails to the edges of suburbia. There they are in ‘The Boat In The Barn’, obviously in the throes of breaking up; and in ‘Way We Won’t’, perhaps some years earlier, living on the roof of a box store amid the ‘tropical smells and back to school sales’ and asking, with pathos worthy of Randy Newman, ‘why would we ever move?’

Moving on, trying to find a place in the world, is a recurring theme. “I just moved here and I don’t want to live here anymore,” Lytle sings in another song.

The line-up, it seems, is the same as it’s ever been, as is Jason Lytle’s outlook, which often seems like someone observing an apocalypse that no one else has noticed. And even certain characters have returned to his songs, like the one he calls Jed, first name-checked on their third album The Sophtware Slump, who returns here – or at least his son does - like a more earthbound version of Bowie’s Major Tom, in a song entitled ‘Jed the 4th’. No, nothing much has changed about Grandaddy since they last passed this way, and that’s a good thing.

Songs featured: Briush With the Wild, Evermore, A Lost Machine, The Boat in the Barn, Way We Won’t, I Don’t Wanna Live Here Anymore, Jed the 4th.

Last Place is available on Sony.