Sky Is Falling by Ghost Town

Nick Bollinger listens to the debut of local trio Ghost Town and wonders, is this Americana? 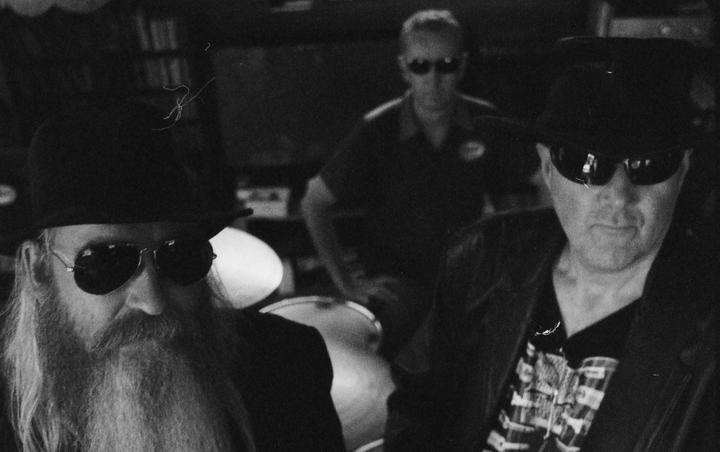 Ghost Town is an Auckland-based trio centred on two musicians with long and varied careers, and not only in music.

Mark Beesley is probably best known for his work on screen, having written and directed the westie feature Savage Honeymoon, and for the smaller screen, directed episodes of Outrageous Fortune and The Almighty Johnsons, in between making music with his band Dean Savage. (Imagine a rock’n’roll band who have landed a residency in a sub-K’Road strip club.) 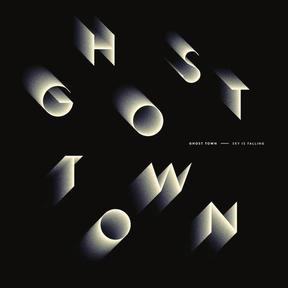 Jed Town made his name in the early post-punk period, with Auckland band The Features, and experimental collective Fetus Productions, before moving back to the U.K., his place of birth, where he diverged into electronica, all the while pursuing his interest in experimental film.

Beesley is the more earthbound of the two, conjuring up cars, bars and romance on the run, while Town’s songs lend themselves to more metaphysical concerns.

Beesely, who wrote and sings the apocalyptic title track as well as ‘Stolen Kisses’ (the aching cheating song that opens the album) leans towards the alt-country balladry of Wilco or Beck. Town’s voice and melodic sense recall John Lennon, while his lovely guitar hovers over everything like the benign spirit of George Harrison. 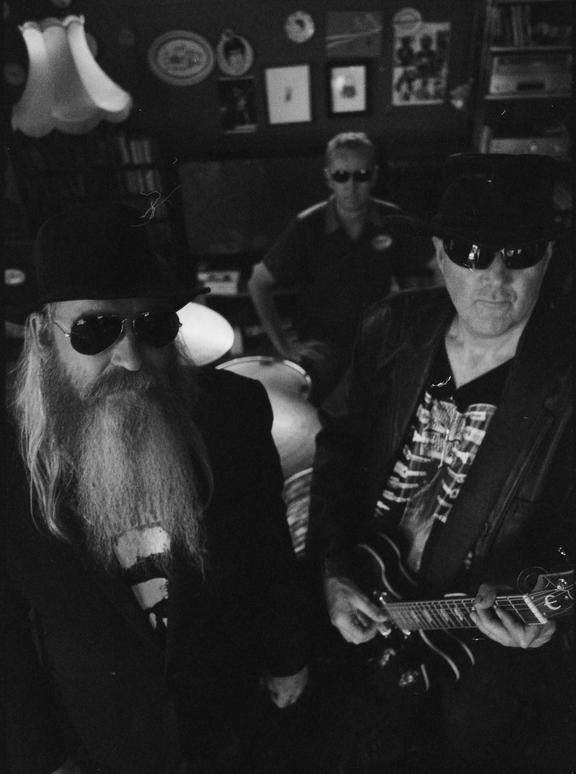 Sky Is Falling has an amazing sophistication for a first album. Then again, it’s the product of the years Town and Beesley have spent thinking not just about music, but also about storytelling and ways of evoking the landscape in which those stories might take place.

Often that landscape feels more North American than New Zealand, which reminds me of the conversation I had in this programme a few weeks back with the American singer-songwriter Ryan Adams. Adams was (pardon the pun) adamant in his dislike of the term ‘Americana’, arguing that it merely served to marginalise what is, in effect, only rock’n’roll.

He has a point.  Yet listening to Ghost Town, it occurs to me that perhaps Americana makes more sense if you’re not an American, or don’t feel like one.

I think of The Band and Los Lobos, Canadian and Mexican immigrants respectively, whose music seems the very definition of Americana; soaked not just in the folk, blues and hillbilly forms that gave birth to rock’n’roll, but in the whole American romance that that music inspires.

I hear something like that in Ghost Town’s music too, but it’s crystallised for me in the album’s one cover song. ‘Driving Wheel’ - with its images of trains and cars and the state of Texas, and a central metaphor of the weary soul as a broke-down engine - might be the ultimate piece of Americana.

Yet funnily its author is yet another non-American. Though I first heard the song decades ago on an album by the American folk singer Tom Rush, it was written by David Wiffen, a songwriter from Surrey who moved to Canada in the 60s.

It was apparently the first song Beesley and Town played together, and the one that set Ghost Town in motion, inspiring them to create a broke-down, romantic set of ballads in a strange yet familiar landscape of their own.