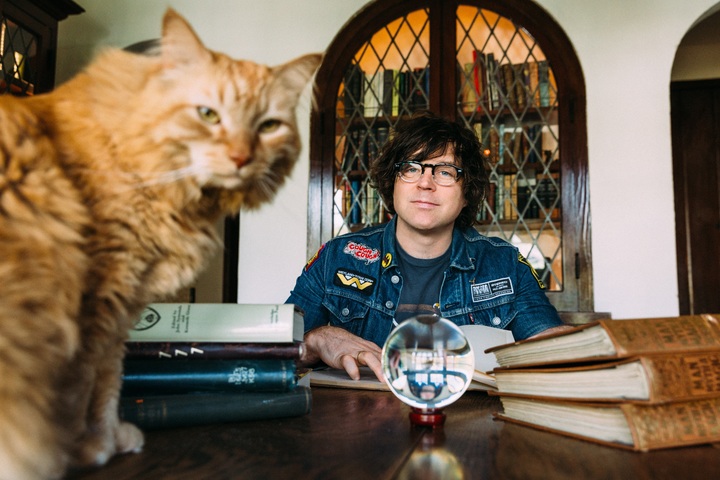 Nick Bollinger reviews the latest set from Ryan Adams and talks to the 42-year-old singer-songwriter and rock’n’roller about Kiss, Billy Idol videos and how he would like his music to be categorised. 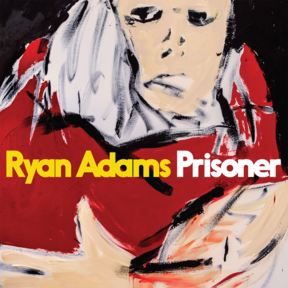 Not long ago it seemed like Ryan Adams might be settling into a comfortable early middle-age. The prolific and famously temperamental rocker had been through a Grateful Dead phase, flirtations with glam, punk and black metal, to arrive at Ashes and Fire: a mature, largely acoustic set made with the veteran producer Glyn Johns, which harked back in spirit to his alt-country beginnings.

Yet rather than continue in this vein, he abandoned a Johns-produced follow-up, in favour a self-titled electrified set, which was quickly followed by cover version of Taylor Swift’s entire 1989 album, proving Adams was still as unpredictable and eclectic as ever.  What he’s done now was hardly any more foreseeable.

As a collection of songs you’d call Prisoner a breakup album, and it does follow the recent end of Adams five-year marriage to actress Mandy Moore. Yet these aren’t the sombre acoustic ruminations of Heartbreaker, his revered debut, still regarded by many as a benchmark. Rather, the music stays jangly and bright, always tugging against the emotion.

The opening track, ‘Do You Still Love Me’, has all the characteristics of a 70s radio power ballad with power chords, Phantom Of The Opera-organ and Adams’s impassioned choruses. Having got our attention he turns a little more inward, with a classic guitar pop, faintly reminiscent of The Smiths, yet characteristically his own. There are big choruses, all built around the same ringing chords, and Adams gets the most out of them in his strongest set this decade.

Prisoner is 38 minutes long, the songs are all pretty concise and there 12 of them. Were there more that fell away?

There were about eighty songs recorded.

Yeah, for real. It was a long process and they didn’t stop, which was great. I think that my attention span is a little more focused these days, and matched with that riff optimism I used to have, I think it allowed me to go in and carve into a deep song, get a good version of it down which I’d threw some overdubs on, and it would excite me enough to move onto the next thing. Not all of them ended up at the place where we wanted, or some of them were, like, amazing and would have been awesome with great ideas. But they still exist, they still live there, and we’ll pick ‘em up where we left off eventually.

Theyare a melancholy bunch of songs, and I can imagine they grew out of some sad circumstances, yet they are not slow and sombre. Were you consciously working against the emotions or did this come accidentally?

Well I thought the subtext of the record was that there’s hope in there. I’ve been playing with [current band] The Shining for the whole last tour and I really enjoyed the things that moved more. And when I run I listen on my headphones to Don Henley or Bruce Hornsby or ‘80s Bruce Springsteen. The tempo doesn’t get too doesn’t get too slow, even if the content of the song gets heavy. I mean, a song like ‘The Way It Is’ by Bruce Hornsby is not a slow song and its really heavy. The Smiths never really got slow. They had slow ballads but they had momentum. I love slower tunes and they make sense to me but I guess I like the thrill. I mean, I’m 42. It’s not time for me to have a mid-life crisis, it’s not time for me to make like a thrash album or something. Or one might argue my whole life has been a mid-life crisis, I don’t know. But I think my gift has been to talk about harder things. I mean, I don’t have anything negative to say about that song ‘I’m Coming Up You Better Get the Party Started’ but I just want you to know that there’s never a party and I’m never coming up.

The album certainly opens with a blast. ‘Do You Still Love Me’ is a big, unapologetic power ballad, like you might have heard on the radio in the 70s.

Yes, man! Power ballad and 70s. Man that’s so good you saying that, thank you. I had dreamed about doing a song like that. I wanted the guitars to go agggh, cause I’ve been listening to a lot of AC/DC and I listen to Kiss quite often, though Gene Simmons said some stuff recently that really mad me feel kind of terrible. But I don’t know, that doesn’t matter to me, when he’s dressed up like a space clown. I’m down, he’s fine. But I think I felt that way.  Like the kind of song that videos at the 80s would have been easy to make. Is it Billy Idol or Eddie Money who has that great track where he’s about to get  eaten by zombies in a church? It’s basically like that. I kinda wanted to go there. It’s not meant to be ironic, but there’s just that line of awareness. We were totally aware that we’ve gone full-on Foreigner-vibe here.

We’ve been talking about everything from Kiss to Bruce Hornsby and The Range, all of which is obviously part of you, and yet your music so often get classed under this broad banner of ‘Americana’. Where does the Americana part come from for you?

I feel deeply offended by that title, that category. Because up to the point where someone decided that somehow a great songwriters who can write a song on acoustic guitar, and wrote songs the way all songs had been written for a long time, all of a sudden, if that’s what you do it’s Americana. Why don’t you have a Great Songwriter category? Or a People Who Can Play Guitar and Sing category?

I live in the United States of America so it’s geographically correct, but when I heard that word does that mean my records should be sold in, like, a tchotchke kind of shop? Or should you buy my record and a colourful quilt from the ‘50s? I make all kinds of music. Maybe it’s the harmonica, maybe it’s because I mess with a banjo every once in a while.

It’s a way to marginalise actual rock’n’roll music. That’s what it feels like to me. You got something to say? You got a guitar in your hand? That’s rock and roll music. Speed it up, maybe somebody calls it punk rock, I understand that. You go super-fast and put distortion and call it metal or thrash, I’m cool with that, I get it, it’s an indicator. But you call it Americana? It doesn’t work for me it feels too general a term. I like to be liberated when I play, so I think my category is Ryan Adams. I’m in the Ryan Adams category. It covers a lot of ground.

Prisoner is available on Universal.