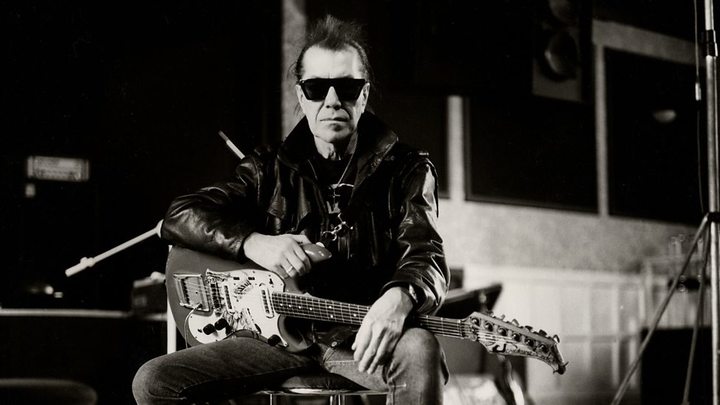 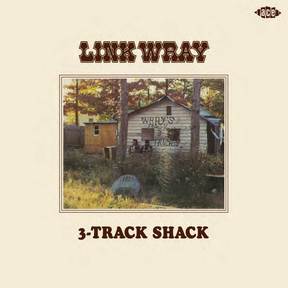 Link Wray was a part-Shawnee guitarist from North Carolina, who made some of the definitive rock instrumentals. One record in particular – his 1958 tune ‘Rumble’ – had a profound influence on a generation of guitarists. Menacing and monolithic, it was like a premonition of heavy metal. Some radio stations banned it, for fear it would incite riots. Other Wray instrumentals followed with similarly swashbuckling titles – ‘Rawhide’, ‘Jack the Ripper’, ‘Big City Stomp’. But though he would inspire everyone from Jimmy Page to Neil Young, by the time the second wave of guitar heroes had come along, Link’s music had taken a different turn. By the early 70s, with the age of the guitar instrumental a thing of the past, the guitarist could be found (if anyone was looking for him) in a home-made studio in a converted chicken shack on his brother’s farm.

What emerged was a 1971 album simply titled Link Wray: a rustic but rocking set of songs, in which the emphasis is significantly shifted from Wray’s guitar to his raw but convincing voice. His brother Doug provides the drums (which often sound more like someone simply banging a few beerbottles together), his other brother Vernon operates the recording equipment. (One song, ‘Fire and Brimstone’ was covered a couple of decades later by the Neville Brothers.)

The album didn’t do especially well; just well enough to see a follow-up, though with Wray edged off the vocal mic to be replaced by someone using the alias Mordicai Jones, though the resulting album did include some great Wray guitar.

The Mordicai Jones album didn’t fare any better than the earlier one, and that was almost the last that would be heard of Wray on disc, until he re-emerged in partnership with the rockabilly revivalist Robert Gordon in the early 80s. But there was one further flowering of the chicken shack sessions: an album of out-takes, again with Wray on vocals, that appeared briefly on the Virgin label in 1973 as Beans and Fatback. Wray always claimed Virgin had no right to release the tapes. Maybe so, but they sounded wild and fine. And all three albums can now be found together in on 3-Track Shack. Link Wray died in 2005, but his music rumbles on.