Keep Me Singing by Van Morrison 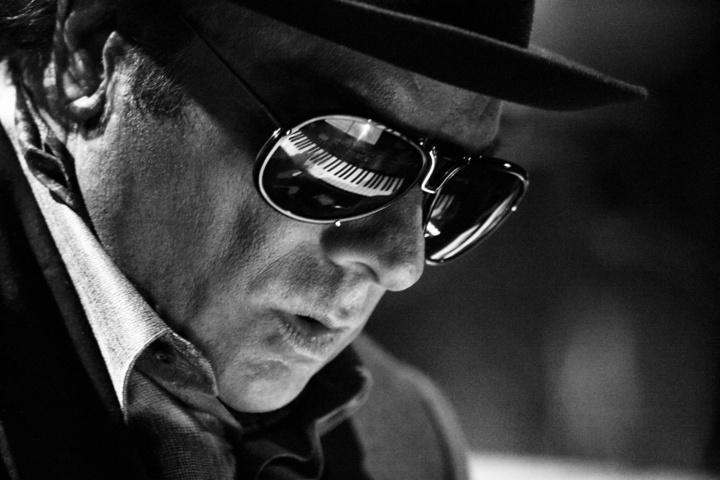 Nick Bollinger mulls over a memory-filled songbook from Van Morrison. 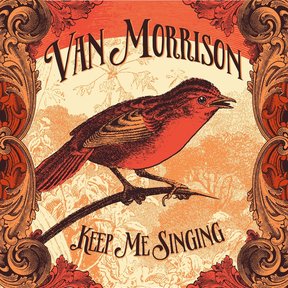 In a career spanning more than 50 years, there have been several Van Morrisons: the scowling teenage rocker of ‘Gloria’, the mystic poet of Astral Weeks and Veedon Fleece, the big soul bandleader of It’s Too Late To Stop Now. But the Van Morrison most people will be familiar with by now is this one.

In ‘Let It Rhyme’, the song that opens his first album of new material in four years, he almost seems to be giving a lesson in how he writes songs these days. The melody is standard Morrison; the lyric takes a few phrases you’ve likely heard before and, without much apparent effort, rhymes them up.

And it’s not the only song here in which he seems to musing over the tools of his trade. There’s a gospel-flavoured song called ‘The Pen Is Mightier Than The Sword’. And then there’s the title track, which he calls ‘Keep Me Singing’.

Of course there’s the intangible element of Morrison’s voice, which brings extra meaning to even his more obvious or borrowed lines. But listening to this album – which in a lot of ways very good – I get the feeling that, for Morrison, it’s not so much what he says these days but rather the sound he gets to make when he says it. He’s recently turned 71, and if he doesn’t seem to be going for those intense held high notes as often as he once did, his voice has remained fluid, expressive and remarkably unchanged.

And he can certainly conjure a mood, one he sustains for close to seven minutes in ‘Holy Guardian Angel’, while a string arrangement by Fiachra Trench wraps itself around the chords like a big warm blanket.

The strings are a recurring feature of this album, and bring a suitably nostalgic quality to ‘Memory Lane’. Morrison has always been great at writing about the past - ‘Cleaning Windows’, ‘Brown Eyed Girl’ and ‘Madam George’ are some of the most evocative memory songs in anyone’s songbook. There’s a lot of looking back on Keep Me Singing too, though now he’s dealing in atmospheres more than particulars. In that song, one of the record’s finest, the past is a vaporous place where memories dissolve, and where signposts may be misleading. And after a while you start to feel that perhaps the lack of specifics is because the singer of ‘Memory Lane’ doesn’t want to be reminded of where he is. The signposts are more solid in ‘In Tiburon’, a song that reflects – again with some nostalgia – on the period in the 70s when he lived in the Bay Area of San Francisco. He pays homage to the Beat poets who influenced him so much, and to a person, unnamed, of whom he now finds himself in need.

The rest of Keep Me Singing is a fairly predictable and very enjoyable survey of the styles Van has been serving up these past few decades: a touch of blues, a hint of swing, and a single cover song, one he has strong connection to. ‘Share Your Love With Me’ was recorded in the early 60s by Bobby ‘Blue’ Bland, one of his heroes, and was heartbreakingly covered in the 70s by Richard Manuel of The Band. And like the rest of this album, his performance seems to be haunted by memories that go beyond the words.

Songs featured: Let It Rhyme, Keep Me Singing, Memory Lane, Holy Guardian Angel, In Tiburon, Share Your Love With Me.

Keep Me Singing is available on Caroline Records.