A Seat At The Table by Solange 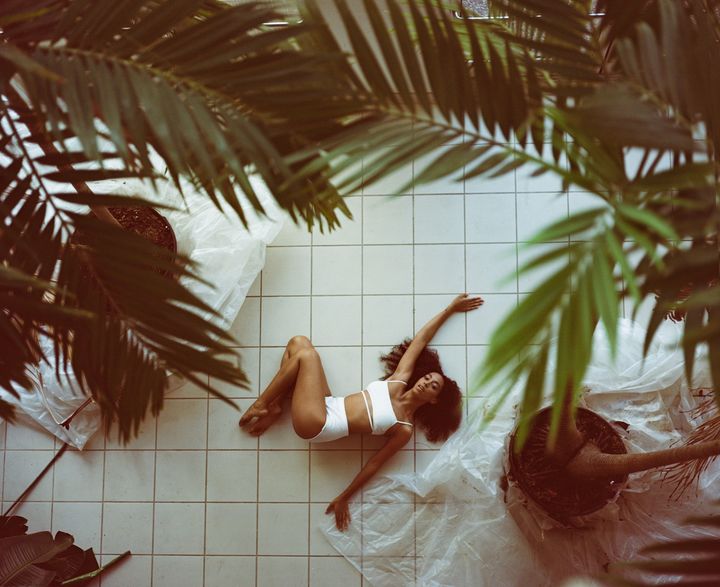 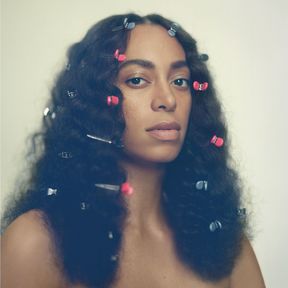 Either the Knowles family of Houston, Texas are compulsive over-achievers, or else they have really got something to say and have decided that this is the time to say it.

2016 has already seen the huge success of Beyonce’s Lemonade, a new kind of album that commanded several platforms at once, combining song, film and poetry. Now there’s an album from her younger sister, Solange, the first long-player the sibling has made in eight years. A Seat At The Table has already topped the American charts.

A brief overture leads into ‘Weary’, in which Solange sings, almost in a whisper, of a deep existential weariness, while sparse electric piano chords and a brooding beat fill out just some of the space behind her. As a way of opening a blockbuster it seems to go up against all conventional wisdom, and yet the defiant understatement of this track is sustained through the bulk of the album, and ultimately emerges as its great strength.

‘Cranes In The Sky’ is the song that follows ‘Weary’ in both sequence and theme. It’s a song about depression, with the melodic qualities of an early 70s soul ballad, and again Solange’s delivery is so delicate, so wonderfully absent of Idol-style histrionics, that it makes the desperation in the lyric even more affecting.

Both these songs – and indeed, many of the tracks on the album – were co-written by Solange and Raphael Saadiq, who started out in the late 80s with the popular R&B group Tony! Toni! Tone!, and has remained a musician who embraces changes in sonic fashion while retaining a strong connection to the soul tradition.

But if Solange and Saadiq are a natural partnership – a present-day Stevie Wonder and Syreeta Wright – Solange has some more surprising collaborators too, like David Longstreth of experimental rock group Dirty Projectors. 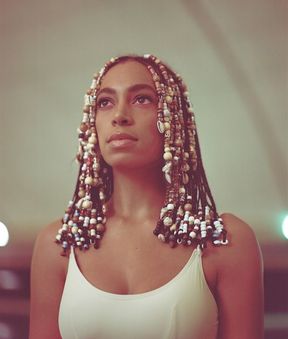 In a track like the Longstreth-produced ‘Don’t Wish Me Well’, distinctions between classic R&B and electronic rock dissolve before your ears. Longstreth also had a hand in the pivotal ‘F.U.B.U. (For Us By Us’). This song articulates something beyond exasperation with the institutional racism that black Americans have lived with for so long. It is ode to black empowerment, and once again, Solange sings it with a subversive sweetness - I’ve never heard anyone drop the N-word so lightly yet deliberately. And again that lightness is the track’s unexpected strength. It seems to say, I don’t need to shout: however much the system is stacked against us, we’re going to do it - we’re already doing it.

A Seat At The Table is a record in which the personal and the political start out in parallel, but quickly become intertwined. In ‘Borderline (An Ode To Self Care)’ she acknowledges that in order to change the world some degree of personal stability is required; that even ‘lovers on a mission’ sometimes need to take an intermission. And don’t think that’s a cop-out - in Solange’s scenario it’s a double triumph.

A Seat At The Table is released by Saint/Columbia.