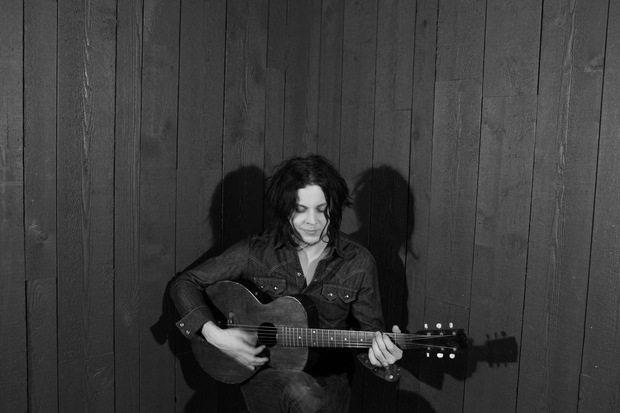 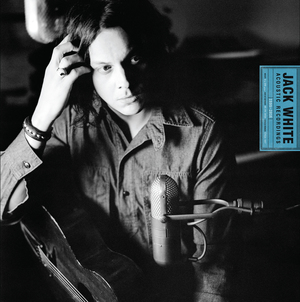 It’s a couple of years now since there’s been any new music from Jack White. What’s he been up to? On the face of it, it seems he’s in stocktaking mode.

Acoustic Recordings opens with ‘Sugar Never Tasted So Good’ by the White Stripes, from 1998; only the second single the duo ever released. And with just Jack’s acoustic guitar and Meg banging what sounds like a cymbal, a tambourine and a cardboard box, it finds this stripped down band even more stripped down than usual. And that sets the mode for a two-disc chronological tour of the best unamplified moments of White’s career.

If you have all the White Stripes albums then you’ve already got almost half of what’s here. Still, only an avid collector of singles is going to have ‘Honey We Can’t Afford To Look This Cheap’, with a Beck production and a pounding Jack White piano, which only ever came out as a B-side of a 2007 White Stripes single. The second half of this package focuses on White’s extra-curricular and post-White Stripes work, and tends to be a little more sophisticated.

But if all of this music has been available before (save for a single unreleased White Stripes track and a few alternative mixes), what is the real point Acoustic Recordings? Well, for one thing it makes a very cohesive and sustained playlist. And for those days when you might feel like being lulled by ‘You’ve Got Her In Your Pocket’ but not assaulted by ‘Seven Nation Army’, it is the perfect tonic.

It also makes the case for White as folk-bluesman; a side of his talent that is sometimes obscured by his other personas. Jack White is a lot of things: jester, rocker, pop star, guitar hero. But I think I like this Jack best of all.

Songs featured: Sugar Never Tasted So Good, Ugly As I Seem, Honey We Can’t Afford To Look This Cheap, On and On, Entitlement.