I Had A Dream by Hamilton Leithauser and Rostam 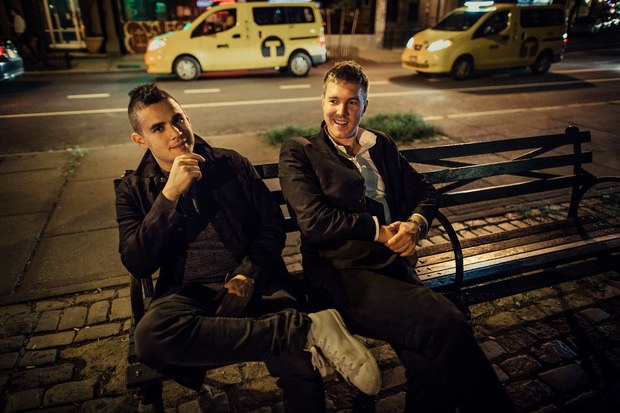 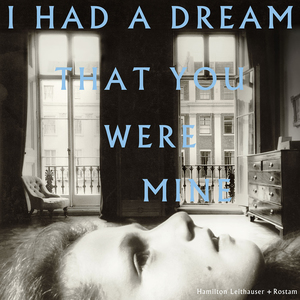 Bands these days don’t break up; they just go into hiatus. It was during downtime from their musical day jobs that The Walkmen’s Hamilton Leithauser and Vampire Weekend’s Rostam Batmanglij got together recently, and this is the result.

I Had A Dream That You Were Mine contains signature elements of both Leithauser and Rostam’s regular bands.  You could say Hamilton Leithauser is the signature element of The Walkmen; his voice is an extraordinary instrument, capable of anything from a croon to howl and with a range that sweeps across several octaves. And then there’s the multi-instrumentalist Rostam, whose settings and arrangements were Vampire Weekend’s secret weapon. The pair worked together for a couple of tracks on Black Hours, Leithauser’s solo debut from a couple of years ago. And that obviously went well, because now they have made a whole album.

And if the signatures are recognisable, it’s not quite something either of them would have done with their respective bands. ‘1000 Times’ has a notable similarity to the old Kingston Trio tune ‘500 Miles’ - as though Leithauser and Rostam borrowed the tune, and while they were at it, took the figure 500, and doubled it. It’s an incredibly hooky track, and it’s the song that kicks off the album, while the disc’s title comes straight from its lyric.

Taking neglected genres and weaving them into their own brand of lyrical and melodic pop is something these guys do throughout the record, and another of their areas of interest is doo-wop. ‘Rough Going’ recalls the Paul Simon/Graceland elements that were often a feature of Vampire Weekend, but combines them with something more like The Flamingos or The Chords. And it’s not the only song here where the backing vocals are literally going ‘shoo-doo-be shoo-doo-wah’. And there’s plenty of what doo-wop aficionado Frank Zappa used to call ‘redundant piano triplets’.

The songs might be simple in essence, but like the best doo-wop the richness is in the arrangements, and a track like that one is full of Rostam’s subtle shadings, to which Leithauser adds a lyric that manages to be both melancholy and hopeful. The lyrics on this album are as carefully honed as the music, and it seems the division of duties is not clear-cut. A recent interview with the pair revealed that while Leithauser usually takes the lead in lyric writing, Rostam often acts as editor, pushing his colleague to focus the narrative, letting him know when the lyric has failed to conjure an image, and sending him back to the iPad. And there are certainly strong narrative voices that emerge from these songs. My favourite might be ‘The Bride’s Dad’ – a monologue that teeters on the edge of pathos, yet prevails.

If that song has the attention to detail of the best Paul Simon, for a ‘You Ain’t That Young Kid’ it seems they would be happy just to be the Travelling Willburys. Leithauser can emulate Jeff Lynne’s harmonies, while Rostam has clearly mastered his drum sound. And who wants to be Bob?

If the album were all in this zone perhaps the appeal would be short-lived. But there’s more substance than novelty here, and the hooks are just quick sharp ways of dragging you into music where, like the best pop, there are other things to discover beneath the surface. Hamilton Leithauser and Rostam’s I Had A Dream That You Were Mine is an album I’m enjoying a lot. And I can see this becoming more than just a holiday for the two artists involved.

Songs featured: The Morning Starts, 1000 Times, Peaceful Morning, Rough Going, When The Truth Is, The Bride’s Dad, You Ain’t That Young Kid.

I Had A Dream That You Were Mine is available on Glassnote Records.