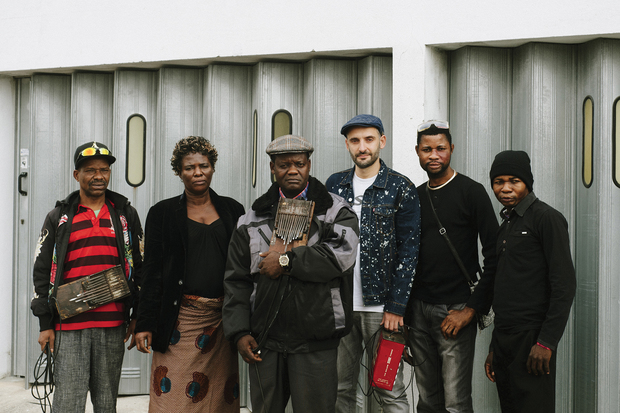 Konono No.1 with Batida Photo: Supplied

Nick Bollinger samples the Congolese rhythms and Portugese collaborations of Konono No. 1. 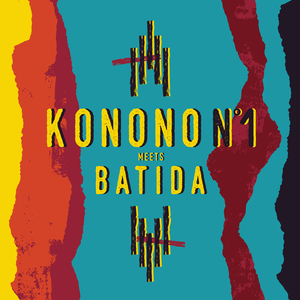 It’s about a decade now since a sound essentially indigenous to a specific region - the area on the Angolan/Congolese border known as Bazombo – found an unexpected cult following in dance clubs across America and Europe.

From the 1960s, the Congolese capital of Kinshasa had seen an influx from the rural areas that brought a number of players of the likembe – a plunking, chiming instrument, sometimes called an African thumb piano. But when music travels it also changes, and finding that their simple likembes – essentially strips of scrap metal attached to resonant slabs of wood – were no match for Kinshasa’s urban din, the likembes went electric.

It was one band of heavily amplified likembe players calling themselves Konono No. 1 whose 2004 album Congotronics found unexpected favour with deejays and dancers, though listening to this it is not hard to see why. The rhythms are insistent yet intricate, the sounds organic yet oddly industrial. But the challenge after a success like that is what to do next. After all, Konono No. 1’s electrified likembe music is, for all its exciting qualities, essentially repetitive. Their new album proposes an answer: collaboration.

Konono No. 1 Meets Batida represents the fruits of a summit between the likembe stars and Angola-born, Lisbon-based deejay and producer Batida. A long time fan of the group, Batida had been incorporating Konono tracks into his radio shows, and mixing their records with other beats, since 2007. And the spacier moments of this new album could simply be one of those remixes. You can still hear the likembes rattling away, but they are just part of a densely woven sound that includes drummers, vocalists, and electronics.

But there was an organic aspect to the collaboration as well. To record, Konono travelled to Portugal where they worked in Batida’s Lisbon studio. And at different times they were visited by other Lisbon-based musicians: drummers, vocalists, slam poets, and guitarist Papa Juju.

Bands playing in ethnic styles on traditional instruments have usually found their audiences on the ‘world music’ circuit, which makes Konono – with their dancefloor audience - something of an exception. I can only imagine that this is because with their relentless rhythms and primitive electrification, they didn’t sound like a world music act so much as some weird kind of electronica. With guests, a deejay/producer and a more hi-fi sound, Konono No. 1 Meets Batida is undoubtedly the most sophisticated album the group has released. Yet in its stew of styles it is also the one that sounds the most like the accepted notion of world music - the most Womad-y. It will be interesting to see how it’s received in clubland.

Konono No. 1 Meets Batida is available on Crammed Discs.