It's Too Late To Stop Now by Van Morrison 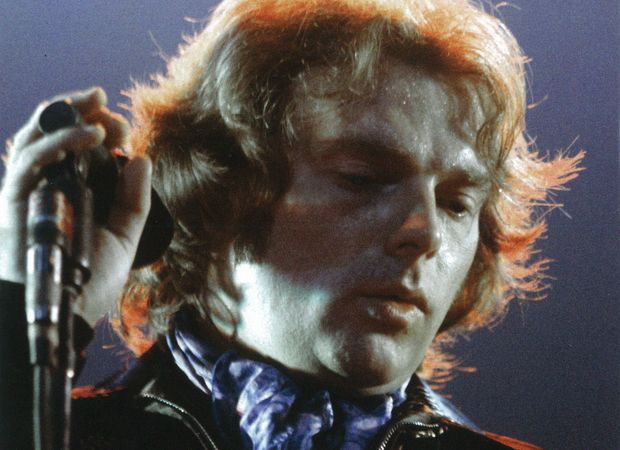 Nick Bollinger revels in a four-disc supplement to a Van Morrison classic. 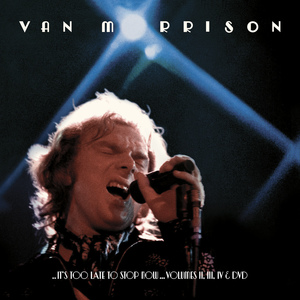 As someone who has been listening to Van Morrison almost as long as I’ve been listening to anything, I’m always surprised when I meet anyone who is avowedly not a fan. I have to remind myself that if all I knew of Van Morrison was the present-day image of an ageing, scowling, Irish knight, or the handful of songs perpetually played on oldies radio and bad café sound systems, I probably wouldn’t be much of a fan either.

And yet the Van Morrison I always think of is one of the most risk-taking, magic-making artists in popular music. And if I were asked to defend such a claim, I might play them It’s Too Late To Stop Now. Recorded live in the northern summer of 1973, I first heard the double album in the mid-70s. I was already a fan of Van by this time, especially the mystical and overwhelming Astral Weeks. But It’s Too Late To Stop Now introduced me to another side of the man: Van the live performer. It helped that around the same time I saw, for the first time, Van on television, in an hour-long special made at the same time as the record. The short, unsmiling figure I watched in black and white gripping the microphone like a grenade hardly looked like the romantic poet I’d pictured listening to Astral Weeks. Still his presence was indelible, and I’ve carried the memory of that single viewing for decades.

So there’s something about seeing it again, all these years later, which oddly connects me to a younger version of myself. That concert film, along with three more CDs of recordings made during that tour, makes up this all-new package. Though the original double album supposedly plucked the best performances from eight recorded shows, this set reveals other things every bit as great that were left in the can.

One of the revelations from the original live album was the peppering of cover versions – old blues and soul tunes from the likes of Ray Charles and Bobby Blue Bland – which gave a hint of his influences, though he always made them feel like his own. And there are a whole lot more on this new supplementary set, not just from Morrison’s soul idols, but country heroes as well, like Hank Williams.

There are also things that seem almost like comic novelties, like ‘Buono Sera’  – apparently Van’s set closer at the time – which he picked up from Vegas lounge star Louis Prima.

And then there are the epic reimaginings of his own songs, some of them delving even deeper into the material than the versions I know from the original records.

Van is on fire here, seamlessly blending the blues with some kind of elemental Celtic spirit. But equally important is the band. Van’s always had good bands and might arguably have had better ones, still there is something special about the way they played for these shows. He called them the Caledonia Soul Orchestra, and in many ways they are a classic soul band – blazing horns, and a funky bass and drums. But the crowning touch is the live string section. They are like some baroque quartet, set down in the middle of a soul show. It should seem out of place, and yet it works magnificently. It’s as though they represent a different part of Morrison’s soul – not the part that identifies with Hank Williams or Bobby Bland, but some deeper throwback – perhaps to Caledonia, or Denmark or Scandanavia – those places he so often sings of, that seem to have some mystical link to his Celtic heritage.

Van Morrison’s It’s Too Late To Stop Now has always stood as one of the great live albums. Now it’s been supplemented by four more volumes, and I feel like I’m discovering it all over again.