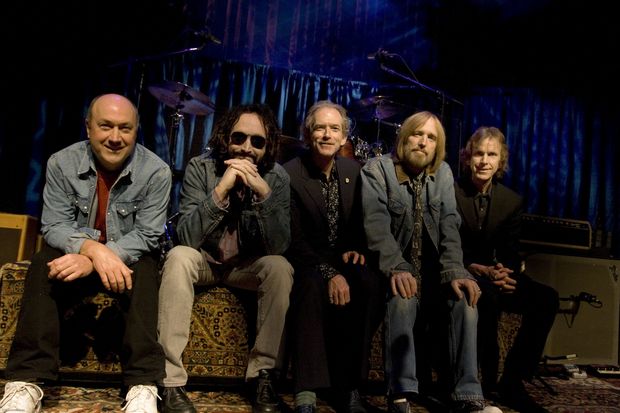 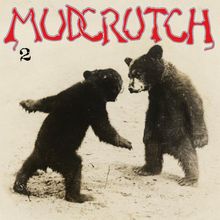 If records weren’t meant to seem as familiar as old friends, the first time you heard them, then Tom Petty obviously never got that memo.

Those squeezed-out Southern vowels, those fat, ringing guitar chords – it’s obviously Tom, right from the opening bars of this album, despite its different guise.

It was always hard to tell the difference between a Tom Petty and the Heartbreakers record and one of his supposed solo recordings, which always featured most of the Heartbreakers anyway. And lately he’s added yet another identity while retaining that same instantly recognisable sound: Mudcrutch. That was the somewhat unappetising name of Petty’s first band, with which he first ventured from his native Florida to California, back in the early 70s, looking for fame and fortune. In fact, Mudcrutch split up before they ever made a record, though fortune and fame came soon enough with Petty’s next group, the Heartbreakers, which also included Mudcrutch members Mike Campbell and Benmont Tench. Just a few years ago, when it was looking like Petty had achieved everything he had set out to do and more, he got the notion to reform that unrecorded band. That didn’t take too much doing; as I say, Campbell and Tench were already on the payroll. Still, just those few cosmetic changes – old name, different drummer, second guitarist Tom Leadon and Petty on bass – were enough to revitalise things. The resulting album – simply titled Mudcrutch – was as enjoyable as anything the veteran had done in years; a mix of new Petty gems and a few country-rock classics which I assume were part of the original Mudcrutch repertoire. And it worked so well that he’s done it again.

Songs like these sound as though they have already existed for years, and certainly we’ve heard things very like them before, yet concrete similarities are elusive. It as though we have tuned to some parallel universe radio, where the 60s are still in full swing, the British invasion is underway and obscure American garage bands are scoring occasional hits.

One difference between this and the earlier Mudcrutch set is the absence this time of any cover songs, and that makes Mudcrutch 2 the slightly weaker album. What might have seemed at first like padding – a swampy romp through the Byrds’ ‘Lover Of The Bayou’ or the trucker anthem ‘Six Days On The Road’ – were the things you wouldn’t find on a Heartbreakers or Petty solo record, and helped create the sense of a band that had been cryogenically frozen for thirty years. Also, these were manifestly good songs, which made up for the fact that there were only eight new Petty originals in the set. Once again, Petty has come up with two thirds of the set, but this time he’s filled it out with originals from the other Mudcrutch members. And a song like Tom Leadon’s ‘Other Side Of The Mountain’ doesn’t sound stylistically out of place; it’s just not a great song, nor is it redeemed by a vocal that, after Petty’s inimitable tones, just sounds a bit characterless.

The most confident contribution comes from pianist Benmont Tench, who released his own solo album the year before last, and his Jerry Lee Lewis-like ‘Welcome To Hell’ sounds better than just an out-take.

But it’s another Petty song that Mudcrutch 2 finishes on, and again it’s familiar but new. ‘I ain’t gonna be hungry no more’ goes the refrain – which, after all these years and millions of record sales, has to be true. Yet on the best of these tracks Petty still sounds hungry, like an old coyote. It’s hard to know what keeps him that way, but it might ultimately be why he’s still this good.

Songs featured: Trailer, Dreams Of Flying, Hope, Save Your Water, Hungry No More, The Other Side Of The Mountain, Welcome To Hell.

Mudcrutch 2 is available on Reprise Records.