The Sampler: Hope For A Mourning by Mice On Stilts 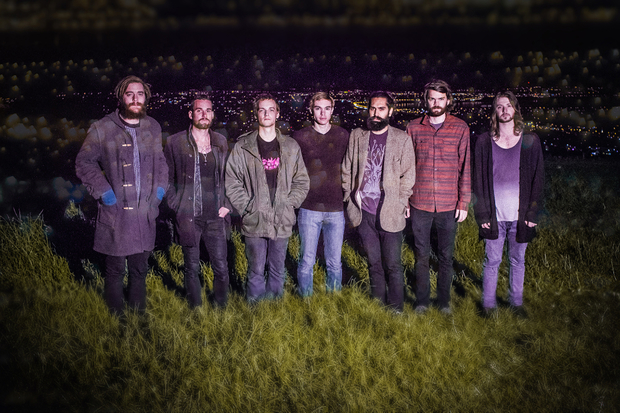 This album begins with a piano figure, solemn and staccato, while a singer offers a welcome of sorts – a seat by the fire. It’s a small touch of comfort in an environment that seems dark, misty and potentially hostile.

From these ominous beginnings, the track builds, slowly but majestically. The drums come in, chords hang like echoes in the rafters of a cathedral, and I think of a word not often uttered when describing New Zealand music: epic. 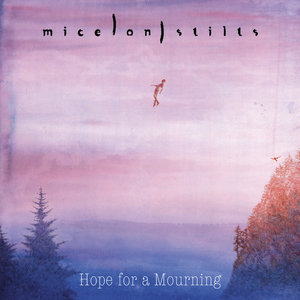 Though their name suggests a degree of Kiwi self-deprecation, Mice On Stilts is not a typical New Zealand band. There are things we seem to produce a lot of in this country - reggae, strumming singer-songwriters, garage bands - but epic rock groups have always been thin on the ground.

Perhaps it’s a fear of being judged as too earnest or pretentious. But this Auckland group have cast any such worries aside. They have made a record that is musically ambitious and wears its heart on its sleeve.

Mice On Stilts are a group of up to seven members, and centres on the songs and singing of guitarist Ben Morley. He’s spoken in interviews about emotional and mental health issues he’s faced over the years, and these seem to underpin the songs on Hope For A Mourning, their first album. In more than one of these songs Morley seems to be singing to us from a gravesite.

There is an undeniable gloominess about this music. At times I imagine it’s what John Grant’s Queen Of Denmark might have been like if it hadn’t had Grant’s devastatingly black sense of humour. Yet, easy though it is to forget, the title of Mice On Stilts’ album does contain the word ‘hope’ as well as ‘mourning’, and so – ultimately - does the music.

After all, to take one’s darkest thoughts and turn them into something majestic, and at times truly beautiful, has got to be an act of hope.

Songs featured: Khandallah, Orca, Funeral, And We Saw His Needs…, The Hours, Hope For A Mourning.

Hope For A Mourning is available on Aeroplane Records.