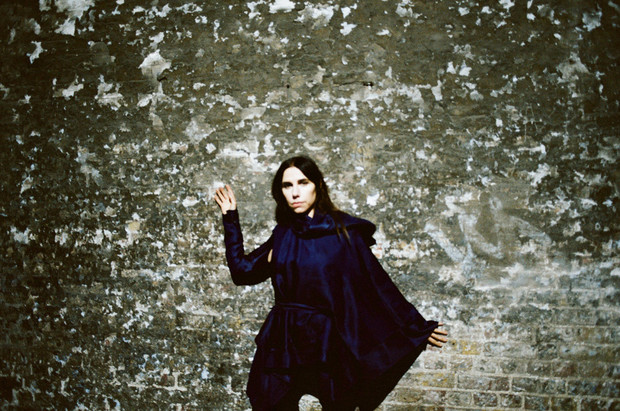 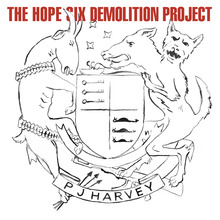 Anyone familiar with PJ Harvey’s last album Let England Shake will notice that the preoccupations of that record haven’t gone away. A song cycle about war and nationalism, it took an almost impossibly weighty subject and created something shockingly listenable. And war is again the underlying theme of The Hope Six Demolition Project.

After the release of Let England Shake, Harvey undertook a series of journeys with photographer and film-maker Seamus Murphy, in places ravaged by war, such as Kosovo and Afghanistan. And in The Hope Six Demolition Project she reports on her observations, almost in the manner of a journalist or war correspondent. ‘The Ministry Of Defence’ might be as close to pure reportage as songwriting ever gets, as Harvey surveys the remains of a government building in Kabul, noting the mortar holes, sprayed graffiti and human excrement. The tone may seem dispassionate, yet as with any journalism, our gaze is guided by the writer. The words she finds - ‘scratched in biro pen: this is how the world will end’ – become a proxy for own voice, as she surveys the depressing scene, backed up with a riff that has all the gloomy weight of early Black Sabbath.

For much of the album – Harvey uses a male chorus in a kind of call-and-response style. There is something almost Brechtian about the way they take up her words in a plain, emotionless delivery, feeding into the sense of objectivity.

But it’s not just an album of war tourism. And crucial to the whole effect of the record is that the setting for a number of these songs is the United States, specifically Washington DC. Again there’s the piling up of images, as Harvey is guided around Washington’s blighted Ward 7. And despite the appealingly clattery garage-rock flavour of ‘The Community Of Hope’, the sum effect is as bleak as her depictions of Afghanistan or Kosovo. The fact that the city in which this takes place is the political heart of America hardly seems coincidental.

Some of Harvey’s lyrical snapshots are startling; others come close to cliché. If she identifies a cause of all this human suffering, it’s a familiar one: the unequal distribution of wealth, which she alludes to when she mashes together two old rhythm and blues choruses - ‘money honey, that’s what they want’ - in ‘The Ministry of Social Affairs’.

But there’s still some rock’n’roll mischief in PJ Harvey, even as she depicts a world without hope. It’s the Brecht thing again: upbeat songs to show us the misery of people’s lives.

Also somewhat Brechtian is the way the album was recorded: in public, as an installation project for London’s Somerset House arts centre, allowing the audience a look behind the curtain, stripping away the illusion and artifice that normally separates entertainer from audience. We’re all in this together, that process seems to say.

And yet Harvey knows that the separation between artist and audience is not easily dismantled, just as there remains a separation between the artist and her subject. And that’s never clearer than in the song that closes the album. As in the opening track, it finds Harvey as a passenger in a moving car, recording what she sees from the window. At one point a young beggar approaches, asking for change, yet before she has time to respond her vehicle speeds away.

As a metaphor for western guilt it may be heavy-handed. And on one level, you could hear PJ Harvey’s Hope Six Demolition Project as just a great big meditation on western guilt; one that doesn’t propose any original thoughts or solutions. But as an experiment in how a rock record can engage with the world – or at least with its audience – it has to be admired.

Songs featured: A Line in the Sand, The Ministry of Defence, The Community of Hope, Near the Memorials to Vietnam and Lincoln, Medicinals, The Ministry of Social Affairs, Dollar Dollar, The Wheel.

The Hope Six Demolition Project is available on Island Records