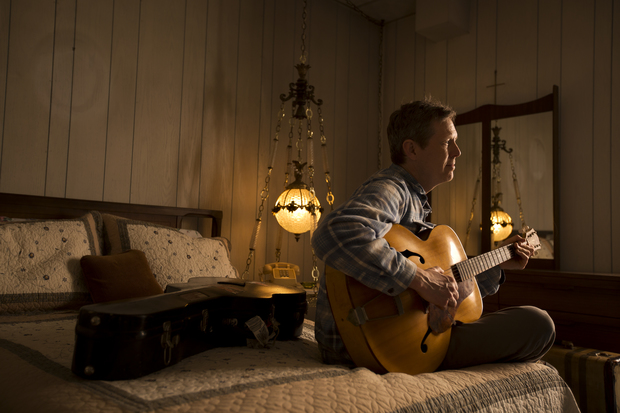 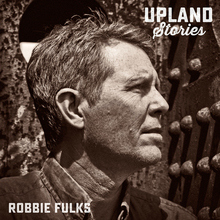 I first became aware of Fulks with his 1998 Geffen album Let’s Kill Saturday Night – a well-promoted set which, as it turned out, was to be his one brush with a major label. With a hard-rocking band behind him, his smart, country-tinged songs almost passed as contemporary rock’n’roll. But a square peg like Fulks was never really going to fit into the round hole of the majors, and ever since then he’s been releasing - at fairly regular intervals – records that lean increasingly towards the sparseness and timelessness of hillbilly music.

He’s an excellent guitarist and surrounds himself with musicians of equal calibre. He’s also a fine singer, with more than one mode of delivery, and a masterful songwriter, who constructs his words and tunes with an artisan’s craft. Some of the songs are funny (try ‘Aunt Peg’s New Old Man’), but more often they are poignant and pointed.

If Upland Stories had a subtitle it might be the name of one of its standout songs: ‘America is a Hard Religion.’ There’s a running theme here of working people in America’s forgotten heartland, trying to believe in a country that has manifestly let them down. There’s something here of the eye and ear of James Agee, whose collaboration with photojournalist Walker Evans produced the book Let Us Now Praise Famous Men, the seminal and shocking document of the Great Depression. So perhaps its not surprising that another of the standout tracks, ‘Alabama At Night’, is directly inspired by Agee and Evans’ travels in the 1930s. The song may be set in the Great Depression, but one senses that story could as easily be unfolding right now, and that same quiet and particular type of observation runs right through the record.

Like his last album, 2013’s Gone Away Backward, Upland Stories was recorded by Steve Albini. And though better known for his work on The Pixies’ Surfer Rosa,  Nirvana’s In Utero, or the excoriating sounds of his own band Shellac, when it comes to capturing acoustic music no one does it better - with Fulks’ voice crisp, present and out in front, and the instruments arranged beautifully around the singing, like a concert in your living room.

Not everyone hits a hot streak twenty years into their recording career, but Upland Stories finds Robbie Fulks making the best music he ever has.