In The Sodium Light by The Renderers 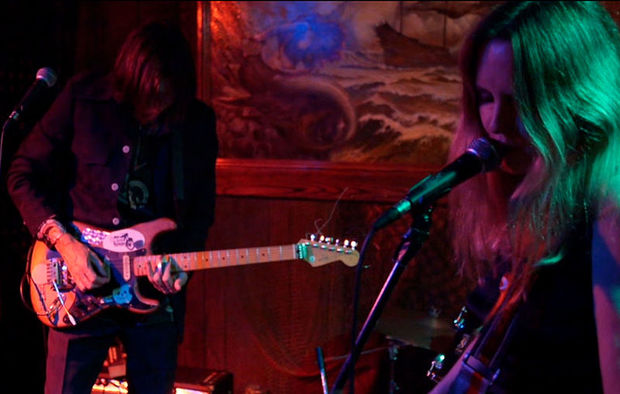 Brian and Maryrose Crook of The Renderers performing at the Redwood Lounge, Los Angeles 2014. Photo: CC by 4.0 Smallestbeast

Nick Bollinger gazes over the wide-canvas impressions of Christchurch band The Renderers. 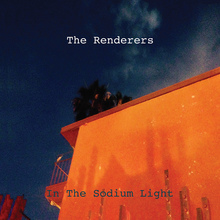 It was the Christchurch quakes that persuaded this band that it was time to leave their native Canterbury and head for America. But this is a group that, in one sense, has always had its imagination, if not its feet, planted in some mythic American soil.

Though more than a dozen different players have now passed through the group’s many line-ups, the central figures remain the singing and guitar-playing couple of Brian and Maryrose Crook, who have helmed the group for twenty-five years. And through all the various personnel changes, the different sonic approaches and an extraordinary number of different labels – their nine albums being spread over seven different indies – there has been something incredibly consistent about the Renderers.

When their first album Trail Of Tears appeared on Flying Nun in 1991 it stood out from almost all other local alternative rock at the time, for its strong flavour of country music – something that was just starting to infiltrate the American indie scene but was still largely unfamiliar here. The songs were like signposts to the country of country: Texas, Arizona, Dakota, not to mention the Trail Of Tears itself. But with successive releases, it became clearer that the Renderers were not some wannabe Americana act. Like Nick Cave before them, America – and particularly the mythic West – just provided an irresistible metaphor, or at least a state of mind in which to couch their gothic visions. And it’s perhaps ironic that now they have actually recorded in America, the universal nature of their songs is more apparent than ever.

‘Seaworthy’ is an epic ballad in the tradition of ‘Buffalo Skinners’ or ‘Days Of 49’, that might equally apply to present day victims of history, whether from Syria or Christchurch. And if there’s still a mournful country melody at the heart of the song, the impressionistic weave of viola, electric guitars, electronica and percussion makes me think more of a 21st century Velvet Underground. It’s a more muted yet more sophisticated sound than I’ve heard from the Renderers before, and it’s a sound they dive into even deeper in the tracks that follow.

That old American mythos lives on in ‘Mr Pulse’, in images of crossroads and shacks, but again the action seems to be taking place more in some Mississippi of the mind. And the music, too, has become increasingly abstracted, with just Maryrose holding on to the ancient, folkish tune while the instruments play as though they have been released from their country moorings and are drifting in mad patterns around the melody.

Near-ambient passages fall in between some of the songs and certainly make the album feel like more than just a collection of songs. They are like the molecular clouds out of which the songs take shape, and they lend the whole thing an almost-cinematic structure.

You could even hear this album as the reverse image of its immediate predecessor, 2011’s A Rocket Into Nothing, where they took this splashy, painterly use of sound to wild, roaring extremes. Here it’s almost the opposite, as though the Crooks might be playing along to the echoes of that earlier album.

In The Sodium Light was made partly in Joshua Tree, California - itself a place of legend - with the Crooks joined by several American musicians including multi-instrumentalist Shahzad Ismaily, who mixed some of the tracks in his Brooklyn studio. Yet perhaps more than any record they have made, this is music that creates its own place.

In The Sodium Light is available on Ba Da Bing Records.