Ghosts of Highway 20 by Lucinda Williams 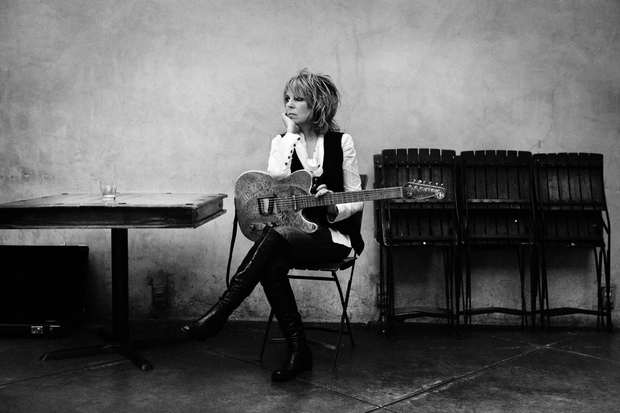 Nick Bollinger travels through a double album of road songs and life stories from Lucinda Williams. 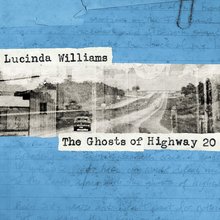 There’s something a lot of singer-songwriters will tell you: that it only gets harder. You’ll find countless examples of artists who wrote prolifically in a brilliant burst, usually in their mid-twenties, only to find the gaps between albums getting wider as the decades roll on.

But you would have to say Lucinda Williams is the exception to that rule. Though she set out young, playing folk and blues around the clubs and coffeehouses of the South, by the time she hit her thirties she had still released only one record of original songs. And though her next few albums established her as one of the pre-eminent Southern roots artists, the records continued to come slowly, as though their creation were costing the artist a part of her soul. Oddly, though, as Williams has grown older her output has accelerated – massively.

The first thing that strikes me about Ghosts Of Highway 20 is not actually the songs, but the sound. It’s a slow, almost psychedelic groove, given form by chiming electric guitars, laying a bed for Lucinda’s languid vocals.

Like the opening song on 2014’s double, Down Where The Spirit Meets The Bone, the album begins with a setting of a poem by Lucinda’s late father, the poet Miller Williams. It was always a fair bet that Lucinda’s vernacular style, her ear and eye for detail and terse economical use of language were a legacy of growing up with a poet and teacher, and this track would seem to confirm it.

And the song that follows is based on the words of another writer, Woody Guthrie, adapted from his recently discovered novel House Of Earth. Written in the voice of a prostitute – or perhaps more a sexual educator – it’s a weird monologue, a bit different from anything else in Williams’ catalogue. But it underscores a theme of this album, which is embodied in the title, Ghosts Of Highway 20. That highway – a major east-west interstate through the Southern United States – is dotted with places and people already memorialised in Williams’ songs, and this collection introduces a whole lot more.

As the album unfolds, character songs give way to love songs, then to even more vulnerable expressions as she confronts age and mortality. And one is reminded again of her father in ‘If My Love Could Kill’, in which she contemplates his decline and her own helplessness in the face of the inevitable.

But does Lucinda Williams still rock? The great self-titled record she made for Rough Trade in 1989, which was really her breakthrough, interspersed introspective stuff with deep driving tunes like ‘Passionate Kisses’ or ‘Changed The Locks’. And later successes like ‘Car Wheels On A Gravel Road’ at least delivered her dark meditations at sprightly tempos. The closest Lucinda gets to a rock tune here might be ‘Doors Of Heaven’, a swampy gospel song that would suit Mavis Staples or Tony Joe White.

More often the album feels like an electrified version of Bruce Springsteen’s Nebraska – in fact, Williams includes a version of a Springsteen song, ‘Factory’, which she treats to this same moody, ambient approach.

But if Lucinda, for whatever reason, is (in her early sixties) putting out more music than ever, how does it rate against her past work? These new songs function more as a kind of sustained mood-piece than as individual cuts, though there are certainly some standouts. And while she has refined her musical approach to a rootsy jazz-rock, her singing at times teeters on the edge of exaggeration. She’s trying different voices, I get that; and there’s certainly no lack of character in that slurry, just-woken-up-after-a-night-on-the-whiskey voice she often slides into. But if there are times when I crave less of the art piece and more of the concise punch of those breakthrough early albums, Lucinda Williams, is an artist; one of the very best. And on The Ghosts Of Highway 20 it may be the artist’s journey that is more important than the destination.

Songs played: Death Came, Louisiana Story, Place In My Heart, Can’t Close the Door on Love, If My Love Could Kill, Doors of Heaven, If There’s A Heaven