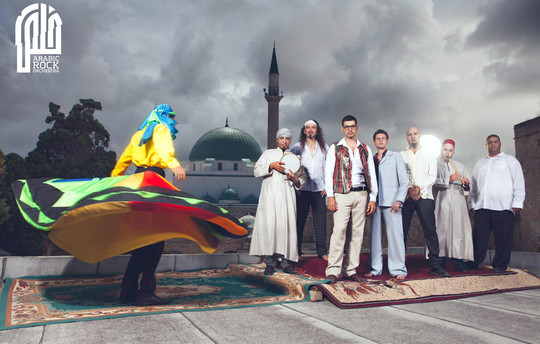 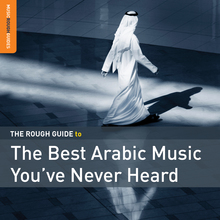 The music of a vast and ancient culture is – in case you needed to be reminded - too big to make sense of in a single CD. And this album helps make that point.

Now any anthologist hoping to survey the entire spectrum of contemporary Arabic music would be setting themselves an unwieldy task there to begin with: we’re talking twenty-two countries, from the Middle East to North Africa, not to mention Arabic-derived groups that pop up in places like Great Britain.

This collection takes in both The Faran Ensemble, an Israeli trio, who describe their music in somewhat hokey terms as ‘a magic carpet to take the listener on a voyage to faraway lands’, and The Jadid Ensemble, based in northwest England and led by guitarist Glenn Sharp with their fusion of flamenco, Turkish and Arabic styles. Along the way you’ll find among the dozen tracks the Arabic Rock Orchestra - a Palestinian band who combine classical Arabic melodies with the sounds of classic heavy metal - and the Arabic jazz of Algerian guitarist Anis Benhallack.

Valid as all of these acts may be, they actually don’t have much in common. Certainly there are instruments that recur through the dozen selections here – there’s lots of oud and plenty of dumbek – and there are those distinctive Arabic scales and microtones. But if it’s hardly a smooth mixtape, it does provide points of entry for a lot of different artists, covering a wide range of tastes – from ancient to New Age, metal to jazz to disco. And guaranteed there is more out there, for anyone who hears something they like and wants to go exploring.