Ne So by Rokia Traore 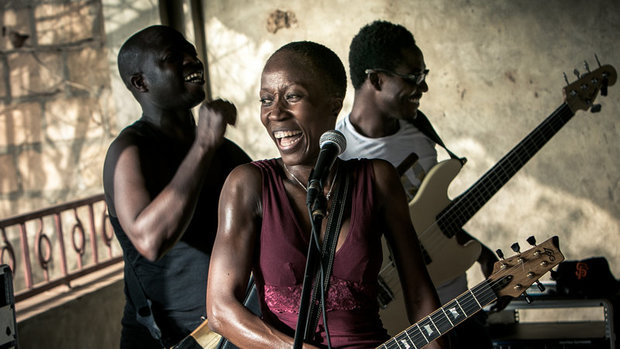 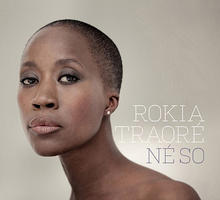 Because African music has such deep traditions, it can be hard to get ones head around the fact that this music can also defy tradition, which is what this Malian singer, guitarist and songwriter does on her new album Ne So.

The grooves might have a recognisably West African feel to them, yet just the fact that the guitarist and singer is a woman makes it a bit unusual. Mali is a society in which the role of musician tends to be an inherited one, and traditionally occupied by men. Rokia doesn’t come from a line of line of griots, and neither does she subscribe to the patriarchy. The daughter of an intellectual and diplomat who encouraged her musical leanings, this multi-lingual, socially-conscious artist has been expressing her viewpoint in song since her first album, recorded in France in the late 90s. These days she divides her time between Paris and Bamako, capital of her native Mali. And while she sings in French on an original like that one, many of these latest songs reflect on the recent turbulence in her homeland.

As I say, there’s an identifiable West African-ness about Traore’s music, yet it doesn’t sit anywhere in the griot tradition. Traore mixes it up. And you’ll find elements of jazz, blues, and Western singer-songwriter styles combined with those hypnotic West African rhythms, just as the small band she uses on this album mixes European players (like Italian guitarist Stefano Pilia) with musicians from all over the West African region. The result can be a gloriously funky fusion.

For this album, Traore has worked with English producer John Parrish, best known for the records he made with P.J. Harvey. He also produced Traore’s 2014 album Beautiful Africa, a thunderingly exciting set that introduced human beatboxers and Scottish jazz rockers into the mix, and which remains in my mind Traore’s finest record so far. For Ne So, Parrish and Traore have pulled back a bit from those more boisterous experiments, throwing the focus onto Traore’s guitar and extraordinarily emotive voice. And perhaps that is simply what these songs demand.

If the mood of Ne So is more subdued than Beautiful Africa, that is no doubt a reflection of Traore’s experiences over the period during which it was made. There has been the trauma of experiencing life in a country threatened by violence and religious extremism. And she perhaps transposes some of that feeling into her reading of one of the darkest, most powerful songs of American’s Civil rights movement, the Billie Holiday-associated ‘Strange Fruit’.

If you haven’t heard Beautiful Africa yet, I’d seek that excellent 2014 album out first, still Rokia Traore’s Ne So is almost as good and – for the most part – matches its message of social change to music that imagines its own future.

Ne So is available on Nonesuch.