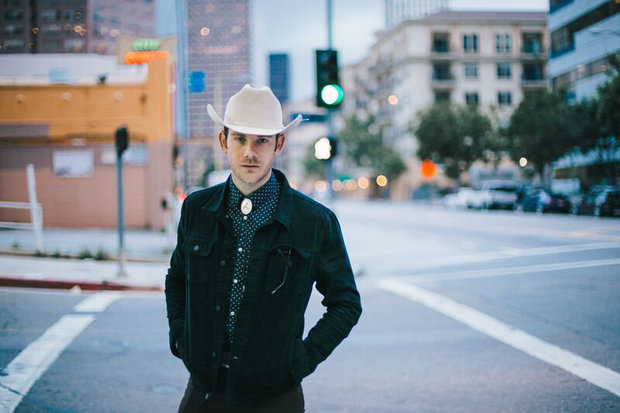 Nick Bollinger jumps on board the metropolitan country of LA cowboy Sam Outlaw. 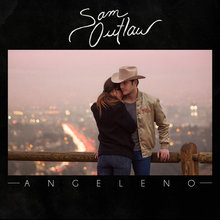 There’s a photo inside the cover of this album that shows what is recognisably the city of Los Angeles, spread out at twilight in all its hazy metropolitan glory. What’s odd about the picture, though, is the figure in the foreground. He’s out of focus, but appears to be a young white male, and he’s wearing a cowboy hat.

His given name is Sam Morgan but he’s changed it (and not just for the benefit of New Zealanders who might confuse him with the Trade Me guy) to Sam Outlaw. Outlaw was Morgan’s mother’s maiden name, but you have to admit it’s appropriate – almost too appropriate – for a singer who has staked his position on the alternative side of country music.

There might not be anything obviously challenging about Outlaw’s approach; it’s sweet on the ear and gentle on the mind. But there are at least a couple of things that make him an outsider, and make the Outlaw name oddly appropriate. For one thing, his music is a long way from what’s referred to as ‘mainstream country’, which has taken on many of the trappings of stadium rock. Outlaw, on the other hand, prefers a lighter touch.

The other thing is that he is based in Los Angeles, two-thousand miles and some considerable cultural distance from Nashville, country’s commercial heart. Not that California doesn’t have its own country music traditions. In the sixties there was the Bakersfield scene, epitomized by Merle Haggard and Buck Owens. In the seventies it was the launchpad of cosmic cowboy Gram Parsons and, in the eighties, home base of Dwight Yoakam. But Outlaw’s music has a more urbane feeling to it than any of those artists. His songs have all the economy of good country, yet there’s a lushness that says L.A., with strings, Mariachi horns, a sweep of pedal steel and a touches of Spanish guitar behind Outlaw’s plaintive voice.

Some credit for that lushness can go to Ry Cooder, who co-produced Outlaw’s album with his son Joachim. As a session musician in the 60s, Cooder played on a lot of records that described that blurry area between country and metropolitan pop, which is where Outlaw seems to be reporting from.

Songs played: Ghost Town, It Might Kill Me, Love Her For A While, Who Do You Think You Are?, Angeleno, Jesus Take The Wheel