Oh My Goodness by Donnie Fritts 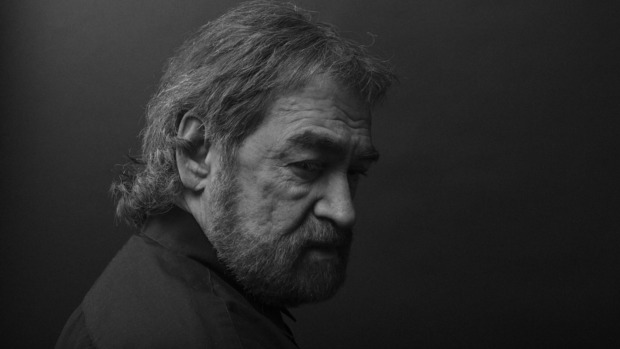 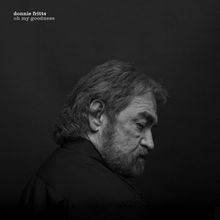 ‘Erroll Flynn’, the opening song on this album, was written by a woman called Amanda McBroom, a cabaret singer and songwriter, best known for her song ‘The Rose’, and it tells a true story. Her father was an actor who played supporting roles in numerous Hollywood movies, his name often appearing, like the song says, ‘four or five names down below Errol Flynn’. But there is a particular poignancy in this version. The singer with the weatherbeaten voice is a guy named Donnie Fritts. He’s a songwriter himself – he co-wrote ‘Breakfast In Bed’, a hit for both Dusty Springfield and UB40, and ‘We Had It All’, a terrific record for Waylon Jennings. But for more than forty years he’s been the piano player in the band of Kris Kristofferson: a working pro, quietly plying his trade in the shadow of a much bigger star, just like the guy in the song. Now in his seventies, this Alabama native has released one of his own occasional albums.

His singing isn’t pretty. It’s not even particularly strong, but it’s perfect for songs that are full of personal truth – even the ones he didn’t write. The whole album has a casual, homespun quality about it, as though this old fella has just sat down in your living room and begun to sing you his life story.

Though it’s hard to imagine there’s any other kind of record Fritts could have made, it is a credit to producers John Paul White and Ben Tanner that a record as relaxed as this was made at all. White was the frontman of the now-defunct Nashville duo the Civil Wars and now has his own studio in Alabama; Tanner plays with Alabama Shakes. Both were obviously long term fans of Fritts. And though they have insured the intimate and unhurried mood of the whole thing, they haven’t skimped on the details. There’s the atmospheric street corner brass band style horn arrangement on Fritts’ cover of Jesse Winchester’s ‘Foolish Heart’, and the string quartet that brings an unexpected lushness to ‘If It’s Really Gotta Be This Way’, the great song Fritts wrote with fellow Alabamian Arthur Alexander.

Fritts may be almost, if not quite, the last survivor of his generation of southern songwriters; Jesse Winchester and Arthur Alexander are both gone now. And the mood of his album, which is titled Oh My Goodness, is one of looking back, yet not with regret so much as gratitude.