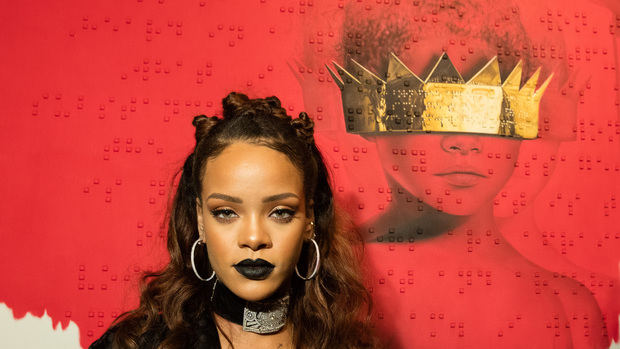 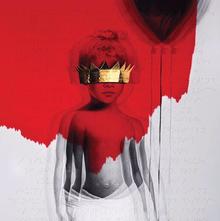 There are few acts in the world that have sold more records than Rhianna: something like 200 million and counting.

Whether Anti will do much to increase that sales figure is something of a moot point, as it has so far been pretty easy to obtain without having to pay a thing, due to an apparently accidental leak on Tidal – the streaming service in which Rihanna is a partner; and soon after that, its availability as a giveaway download, part of a sponsorship deal she’s done with Samsung. But really, recording sales have, for a long time, been just a part of the multi-platform industry that is Rihanna. And though there has been some anticipation about this new album – which has been a longer time coming than any record she’s ever made – it also carries signs that, for blockbuster pop artists like Rihanna, the album is not the iconic object it once was.

For one thing, Anti doesn’t include either of the two big singles she’s had out in the past year; the exaggeratedly vengeful ‘Bitch Better Have My Money’ and the somewhat sweeter Kanye West-Paul McCartney collaboration ‘Four Five Seconds’. So is it packed with future hits? Well let’s say it’s not without its hooks.

It’s some sort of accomplishment that Rihanna manages to be a recognisable, even distinctive singer, in spite of the fact that her voice is usually smothered in production effects. There’s her almost relentless use of auto-tune, which she uses not because she can’t hold a note – she can - but rather because she has made it a signature of her sound, like the echo on an old Elvis record. And there’s the way her recorded phrases often seem to have been broken up into units, so they can be abutted against each other, or overlapped for effect; something no singer could do onstage. It works, though I’ve always found the effect literally dehumanising when the breaths between phrases are digitally removed as they are in many of the tracks here.

Yet in spite of the constant use of such studio tools, there are some personal performances on Anti. Originally from the island of Barbados, Rihanna has never embraced her island patois as openly as she does in ‘Consideration’, the album’s opening track. And she mixes some of that distinctive Caribbean phrasing with a darker, bluesier tone on ‘Desperado’.

The mood and tempo tends towards the downbeat, and at times Anti takes on a mussed-up, industrial quality - almost the sort of thing Kanye West introduced with Yeezus.

At other times Rihanna just seems to be indulging herself, not so much covering a song from Australian psych-rockers Tame Impala as simply singing karaoke-style over their original track.

But there is another sense in which the variety here seems calculated to give everyone in Rihanna’s wide-ranging audience at least a little of what they want, from folky, Taylor Swift-style confessionals like ‘Never Ending’ to the vintage R&B of ‘Love On The Brain’ or the whiskey-drinking weeper ‘Higher’. The latter is the type of song I could hear a classic soul singer like Candi Staton or Betty LaVette singing the hell out of. Not that Rihanna doesn’t unleash some emotion; yet once again the production – particularly that clipping and abutting of vocal phrases – threatens to undo the sense of a spontaneous performance.

But what’s the point in judging Rihanna’s Anti as a classic soul record when that’s hardly what it’s trying to be? Rather it is the latest marketing event from a major pop figure whose position seems so assured that even an eclectic, sometimes daring and occasionally off-beam record like this one is only going to reinforce the brand.