The Diet by HeCTA 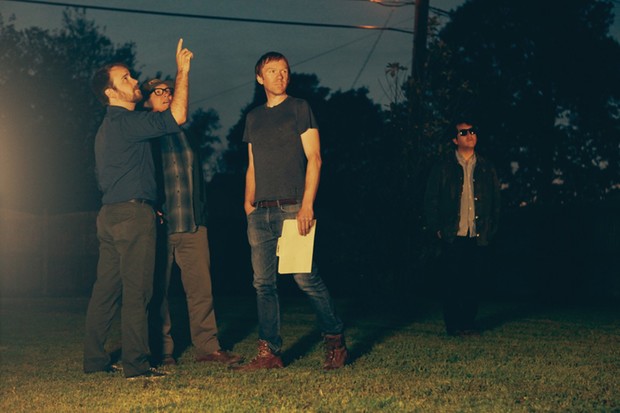 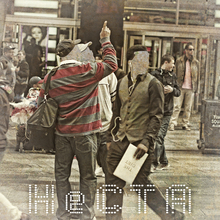 The voice belongs to Kurt Wagner, who for the better part of two decades has fronted the large, fluid alt-rock collective known as Lambchop. And in ten albums of languid, lyrical songs, they have never done anything that I would describe as disco. But then, this isn’t Lambchop. It’s HeCTA: a new project involving Wagner and two other members of the Lambchop collective, Ryan Norris and Scott Martin. And dance music is very much at the heart of it.

I don’t think I’ve ever heard Wagner sing over so many beats-per-minute, but then neither have I heard him treat his vocal electronically in the manner of these tracks, or dice up his lyrics into such abstracted text blocks. But if the dance medium has a different set of rules from the alt-rock of Lambchop, then Wagner has both embraced them, and bent them a little to suit his own particular aesthetic.

A chorus that goes ‘you shouldn’t have to change a thing/except your mind’ over a pulse that might have been borrowed from a Giorgio Moroder record sounds like it might be an instruction for how to approach this album. But even if the irony is deliberate, there’s nothing tongue-in-cheek about the concept of Hecta’s debut. Wagner and his cohorts have thrown themselves into the dance genre, mastered its modular constructions and mechanised beats. They have created something almost unrecognisable from the live-in-a-room, no-dancing-please-we’re-artists ambience of Lambchop. And yet there remains something cerebral, decidedly Wagnerian about it. It would be interesting to see how Hecta’s The Diet was received on a dancefloor.

Songs played: Change Is In Our Pocket, Til Someone Gets Hurt, Prettyghetto, The Concept, Like You’re Worth It, Sympathy For The Auto Industry