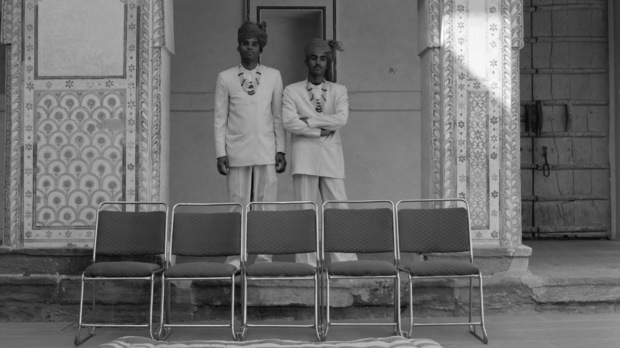 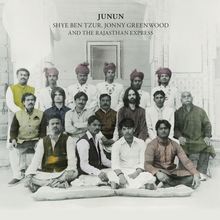 I’ll admit, it was recognising a couple of high-powered names, one from the rock world, one from Hollywood cinema, which drew my attention to this album. But if that’s what saves it from being buried at the back of the world music bin then that’s got to be a good thing. Jonny Greenwood is, of course, the guitarist and multi-instrumentalist for Radiohead, and his role is subtle yet significant; something that becomes apparent watching the documentary of the same name made by the other major celebrity involved, director Paul Thomas Anderson. Anderson captured the sessions that saw this music take shape, in a 15th century palace in the Jodhpur, in the Indian state of Rajasthan. But if you’re having visions of western dilettantes wading indelicately into ancient eastern traditions, the driving force behind the project is a lesser-known artist who is clearly more than a dabbler. That’s Shye Ben Tzur, an Israeli singer and flute player who for the past decade or so has immersed himself in the Sufi devotional music known as Qawwali.

Traceable back to the 13th century, the tradition is found in Pakistan and North India, and involves long, poetic songs, in which the singer works himself into an increasingly intense and passionate state. The most famous Qawwali singer in recent years was the late Nusrat Fateh Ali Khan, who made a number of albums for Peter Gabriel’s Real World label. Ben Tzur isn’t the only singer on the album, but when he takes the mic it’s clear he has not only studied the traditions, but adapted them. For one thing, he doesn’t just sing in Hindi or Urdu, as the Qawwali musicians traditionally have, but also sometimes in Hebrew. He’s also put together a group of musicians for this project that is a bit different from the usual Qawwali accompaniment. There are about twenty players in all, including Greenwood on guitars, bass and synthesisers. There is also a parade-style horn section, reminiscent of a Balkan or even New Orleans brass band, thrilling trumpet solos by Aamir Bhiyani, and moments where the deep polyrhythmic groove approaches the feel of early 70s Miles Davis. Junun, the album’s title, is a term used in the teachings of Sufism that means roughly ‘the madness of love.’ And that sounds like the ecstatic state Ben Tzur and the Express achieve on this exceptional recording.