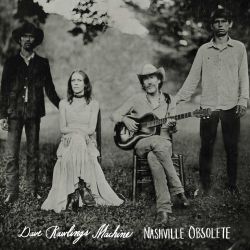 It’s never really been explained why the records of Gillian Welch don’t give co-billing to her partner David Rawlings. After all, he’s been there right from the beginning, co-writing the songs, singing in intensely close harmony and playing all that wonderful guitar. But the balance is somewhat redressed by this. It’s credited to the Dave Rawlings Machine, the second set to come out under this emblem. But essentially it’s just Welch and Rawlings again, the chief difference being that for these discs the usual practice of Welch singing lead and Rawlings harmony is reversed. And great harmony singer though he is, Dave Rawlings can also really sell a song. When it comes to this kind of old-timey, sepia-tinted song no one does it better than Welch and Rawlings. It’s as though they looked into that period before hillbilly music evolved into the commercial country industry it became and went, hold it, there’s more that could be said with these simple heartfelt sounds. But what’s sometimes overlooked is how much they have been influenced by much more recent traditions. On stage they have covered everyone from Jefferson Airplane to Radiohead, refracting it through their particular old-timey lens. But as songwriters, the influence that is inescapable is that of Bob Dylan and Neil Young. The title Nashville Obsolete sums it up pretty well. Most of what you’ll find here has been through Nashville – Welch and Rawlings’ adopted home – at some time or other, whether it’s that old-time picking, Dylanesque imagery or countrypolitan strings. Yet what Dave Rawlings Machine makes by putting all this together is hardly obsolete, but rather ageless and, in its own way, curiously new.