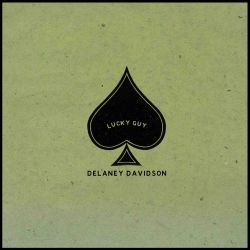 Delaney Davidson has a voice like a man who has been crawling for a week through some Sahara desert of the soul, and is in desperate need of a drink. The Lyttelton troubadour’s latest collection is both typical, with fine examples of all the things he does best, and a little experimental, as the boundaries of the territory he works in are bent and blurred even further than usual. As far as that usual territory goes, that’s perhaps best represented in a number of tunes that show why for three successive years he won the Best Country Song Award in the APRA Silver Scrolls. The other direction Davidson has taken for a number of these songs is a kind of garage pop. These are Lucky Guy’s most upbeat moments, and where the terrific rhythm section of bass player Ben Wooley and drummer Joe McCallum come into their own, clinging to the songs like riders in the devil’s rodeo. And for all the Americana references, there’s something recognisably New Zealand about it all, from the unvarnished Kiwi inflections in Davidson’s singing – a kind of Tex Morton-on-moonshine quality - to his whole number-eight-fencing-wire approach to making records.

Songs played: Show Me How, Eastbound, Tell It To You, Something’s Wrong, Gimme Your Hands