Born in the Echos by The Chemical Brothers

Jim Pinckney checks the formula in the The Chemical Brothers' latest album. 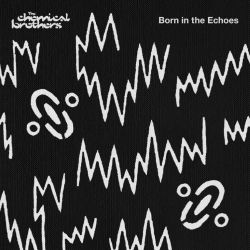 Unleashing 8 albums in the space of 20 years no-one can say that  Tom Rowlands and Ed Simons, better known as the Chemical Brothers, haven’t bided their time and made every morsel count. Now in their mid-40’s, the former University of Manchester history students are less likely than ever to be found in the clubs that play their music, and provided their original inspiration. However the fundamentals remain essentially unchanged within dance music, and a large part of their success has been founded on their ability to deftly use, and abuse, the dynamic triggers that can have a widespread effect on a mass of dancing people. Returning to the formula of their earlier albums they’ve assembled a wide guest list including St Vincent, Beck, Q-Tip and Cate Le Bon, with a knowing confidence of which buttons to push.

Songs played:  Reflexion, Sometime I Feel So Deserted, I’ll See You There, Go, Wide Open, Under Neon Lights, Born In The Echoes, Taste Of Honey