Blood To Bone by Gin Wigmore

Jim Pinckney considers the progression of Gin Wigmore on her self produced third album. 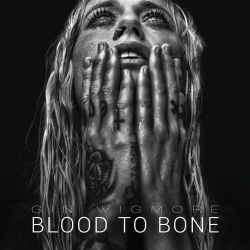 Back with a new album that marks a little more progress on her journey, Gin Wigmore packs a lot into her third, full length effort, Blood To Bone. Released here a couple of months ahead of the rest of the world, there are quite a few  change-ups in the way this album has been approached. Most notably it finds Gin producing herself for the first time, having previously relied on established industry figures to help translate her sound and songs. Though there is still a strong foundation in the straight down the line, pop end of rock, country and blues that has made up the core of her previous releases, there is also a more adventurous side which finds her dabbling in decidedly modern flavours. With Australian-based producer Stuart Crichton assisting behind the boards, and her own band playing, there is a sense that Gin has arrived at point where she is truly taking control of her own career.

Songs Played: Written In The Water, New Rush, DFU, Black Parade,  Holding On To Hell, Willing To Die, Nothing To No One