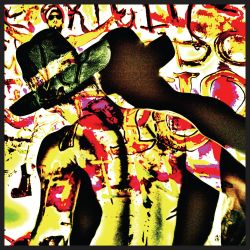 Once upon a time famous as teen Australia’s answer to Kurt Cobain, Daniel Johns spent 12 years fronting rock band Silverchair - or as the Australian media described them Nirvana in Pyjamas. Talk is the singer’s solo debut, and the sound is beyond surprising.

An epic 15 tracks of pulsing beat, altered falsetto and layer upon layer of synths - with barely a guitar in sight - Talk has left hardcorde Silverchair fans pretty ‘devo’.

In the end the strongest criticism of Daniel Johns’ Talk is its length. At just over an hour long, he could have cut out a handful of forgettable songs and a couple of downright bad ones, and capitalised on the weirder, more imaginative moments to make a solid EP.

Songs Featured: We Are Golden, Preach, Aerial Love, Too Many, Imagination, Going On, Good Luck