The Sampler: Music in Exile by Songhoy Blues 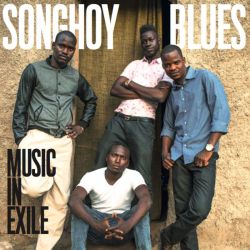 Songhoy Blues came together in the Malian capital of Bamako three years ago, after unrest in the north brought all four members to seek refuge in the capital. The displacement is a subject that is hinted at, though their lyrics tend to emphasise a more universal appeal for patience, justice, and unity. At times there is an-almost disco regularity to their urbanised sound, but it is broken up by some of the lopsided beats that characterise the older, more traditional desert blues.