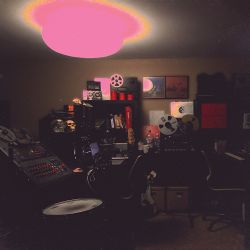 When visited in his basement studio in Portland late last year,  ex-Mint Chick and Unknown Mortal Orchestra (UMO) frontperson Ruban Neilson mentioned his next UMO album might be the best thing he’d ever done. He was right. As the title suggests Multi-Love is an album about relationships in all their complex incarnations, and at the heart of this album lie a couple of Neilson’s own. The first is a reuniting of Ruban and his brother Kody after their 2012 falling out, the other is an autobiographical tale of polyamory with all its' maddening, wonderful bones laid bare. Never short of ideas - Neilson's first two UMO albums were full of them  though left the impression that, had more time been allowed, they would have felt more complete. This time round Neilson spent eight months molding Multi-Love to sound exactly as he’d imagined - and none of that time was squandered.