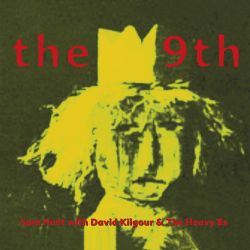 Six years ago, poet Sam Hunt and guitarist David Kilgour married their skills in the unusually lovely album Fallen Debris. But this time, rather than Kilgour singing Hunt’s words, Hunt takes the mic while Kilgour and band lay down some loose, atmospheric backings. The result is a bold, sometimes raucous, consistently passionate meeting between two masters of quite different crafts, whose work – though complete in itself - seems to find room for the other and, in doing so, creates something else again.