A Fragile Peace by Lindsay Wood 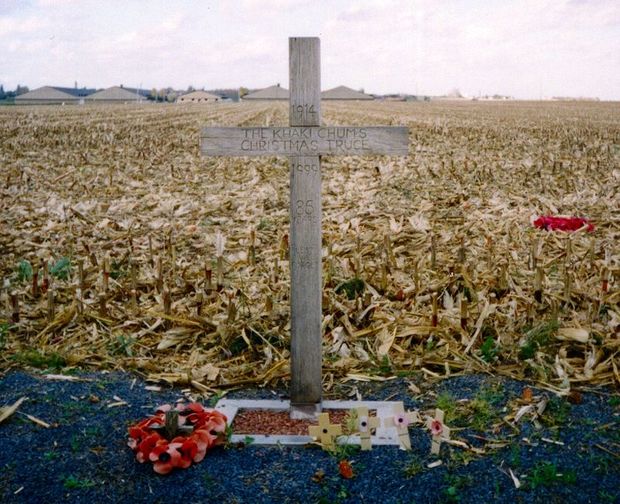 A classic story of the first Christmas in the trenches in 1914.

Lindsay Wood is a father and a grandfather, and practices as an environmental architect in Nelson. As well as writing – both for adults and for children- he is passionate about the natural environment, and loves spending time in the outdoors. 'A Fragile Peace' is Lindsay’s third story to be broadcast on Radio New Zealand National. He has also had two books and numerous short stories and poems published, and in 2011 his rhyming children’s book ‘Beach Bag Boogie’ was included in Listener Magazine’s selection of the top 50 children’s books, and ‘This Way Up’ was chosen for Storylines’ Notable Books list,

He writes background to A Fragile Peace:

‘When I was at primary school in the 1950s I had a teacher, Bill Pocock, who had fought in the trenches in WW1. He wasn’t the sort of man to talk much about that experience, but one story he did tell was of actually playing in one of the Christmas Day football games. To be frank I don’t remember his account in detail, but what I do recall vividly is the sense of wonder and gratitude he still held 40 years later. It was clear it was a special memory of a treasured moment in an otherwise very grim experience. ‘A Fragile Peace’ grew from recognition of the potential of that event to make a good story.

My subsequent research for the story indicated that not only  was the first Christmas Day of the war (in 2014) the time when the freest and most numerous games occurred, but that to some extent on that day, and increasingly in subsequent years, military command on both sides strove to suppress the games. In addition to playing football, the soldiers of the two sides (including officers in some instances) fraternised in other ways too, such as general socialising, and exchanging personal items and addresses. While I was tempted to make greater reference to that interesting aspect, I decided against it as potentially deflecting the main thrust of the story.

Of course half the fun of being a writer is how stories can grow in unexpected directions from the germ of the idea, and that was certainly the case for ‘A Fragile Peace’. Other than the general setting, the only real nod to Bill Pocock in my story is the use of the name Bill for the protagonist. However I also wanted to try to present the game as a remarkable and singularly positive moment in the bleak theatre of trench warfare, and in a way that could account for the occasion becoming a durable and celebrated memory for those that experienced the game and were then lucky enough to survive the rest of the war.’

Patrick Davies is a Dunedin actor, currently appearing in Circa theatre’s pantomime Little Red Riding Hood is the youngest of seven from a working class family in Dunedin. He was the first in his family to go to university and the first to embrace the arts. He's now a sought-after actor and director around New Zealand and overseas, having recently directed a Shakespeare in the Park production of Romeo and Juliet in Colorado.