Covid-19 lockdown: Looking after mental health during the pandemic

It’s natural right now for New Zealanders to feel uncertainty and anxiety as Covid-19 is detected in the community.

Psychologist Sarb Johal shares advice about taking care of your mental health and how to approach the situation. 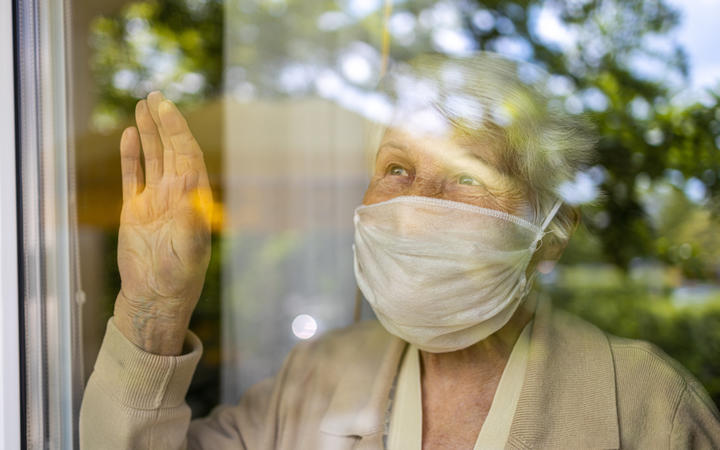 Some were in disbelief upon hearing the news of a community case after a reasonably long period without any scares. Dr Johal says there was probably a “collective expletive outburst across New Zealand” when the news broke.

He told The Panel it is natural to feel anxious considering what we see across the world in countries dealing with cases of the Delta variant.

But moving quickly through the reactive phase to focus on the reality is best, he says, and plan how to make the situation more liveable.

“I think one of the things to remember is that we’ll have far fewer regrets if we act as if this is the worst case now and take the protective actions consistently in order to protect ourselves.”

The World Health Organisation also has a list of suggestions to look after your mental health at home. The Mental Health Foundation also have several resources to help people who may be struggling.

Canterbury DHB public health specialist Lucy D'Aeth had these tips for the last time we went into level 4:

Some may also turn to their religion and focus on that for hope. And let's not forget to be kind to one another, as the Mental Health Foundation says, because it's easy to lash out when we're having a hard time.

Staying in touch and communication are also important, and particularly for elderly people.

“What we need to do is remember when we went through this before we could still get our essentials when we needed them.

“Just take your time and take a pause over that. Think about what it is you need to do to protect yourself right now but also for the next couple of days.”

We’ve previously thought the odds were slightly perhaps more in our favour before, he says, but we cannot assume that anymore and we need to act consistently.

“Remember what worked for you last time you were asked to work at home, for both you and or your family members too.”

While these are things we already know, he says the key is actually acting on them: “We almost have to plan to remember.”

Speaking in earlier this year when there was a community case, Dr Johal told The Panel that people became complacent with invisible threats and the messaging at the start of the pandemic was powerful: “Act like you have the virus”.

“In order to establish a habit, identity is really important, so when you act like you have the virus then all the behaviours that go along with that identity such as physical distancing, washing your hands, wearing a mask, all of these things follow.

“It’s not just about having information, it’s about the culture and seeing a lot of people doing that behaviour and then it becomes much more acceptable and commonplace.

“Often people say, we don’t have to scan because we don’t have Covid here, and that’s not true. We just don’t know whether it’s here until it’s here or not, and it won’t show itself perhaps until 14 days after it has been in the community.”