Canterbury's schoolgirl rugby players and coaches were left feeling ignored at a recent event when Mark Mills - the boss of new rugby sponsor Miles Toyota - mentioned only male players in his opening speech. 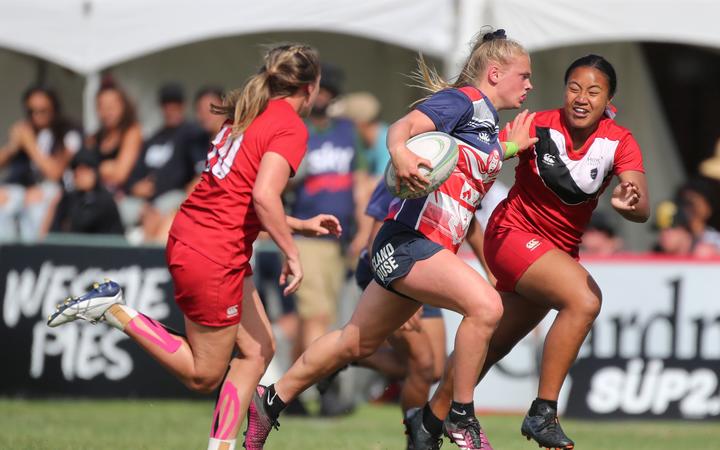 The snub “beggars belief in 2021” says Christchurch Girls' High School principal Christine O'Neill, who was among the principals, coaches and players that attended the private function at Miles Toyota dealership on Monday night.

“He slightly turned to the left and launched into a 'welcome to all you boys, it’s great to see you here, it’s great to have been along to watch the boys’ games' … so the speech was very specific about boys rather than a general speech.

“As it went on - it wasn’t a short speech, it wasn’t extremely long, probably about 5 minutes - the women looked at each other thinking he’s going to get to the girls, and of course that didn’t happen.”

When Mills finished his speech there was quite a bit of “rumbling” among the girls and women present, O'Neill says.

“[Then] the CEO of the Canterbury Rugby Football Union [Tony Smail] got up to speak, waved us to be quiet and I presumed he would address it at the start of his speech."

But that - to the disbelief of the women in the audience - never happened, O’Neill says.

“They both knew the females in the room were unhappy, the CRFU female staff, the rugby officers, were disgusted and expressed that to me.”

As a senior woman in the room, O’Neill felt obliged to speak up.

“There’s a real power imbalance for the others to say something about it, the young team captains of the girls’ teams, they want to do well in their career, they want to progress, yes it was one event, but it was part of a continuum.”

O’Neill does not believe any malice was intended.

“It’s one event and I’m sure Mark didn’t have malicious intent but it’s a mindset, it’s not a mistake ... I don’t know how you don’t see the room in front of you.”