Roundup: Safe or not?

A US Jury has found chemical giant Monsanto liable for causing cancer in a school groundskeeper. The man used the company's popular weedkiller Roundup for years before developing lymphoma.

The verdict calls into question the main ingredient in the weedkiller, glyphosate. New Zealand's EPA says products containing the ingredient are safe.

Dr Dave McLean from Massey University's Centre for Public Health Research tells us if he agrees and why there is contradiction about the effect of glyphosate. 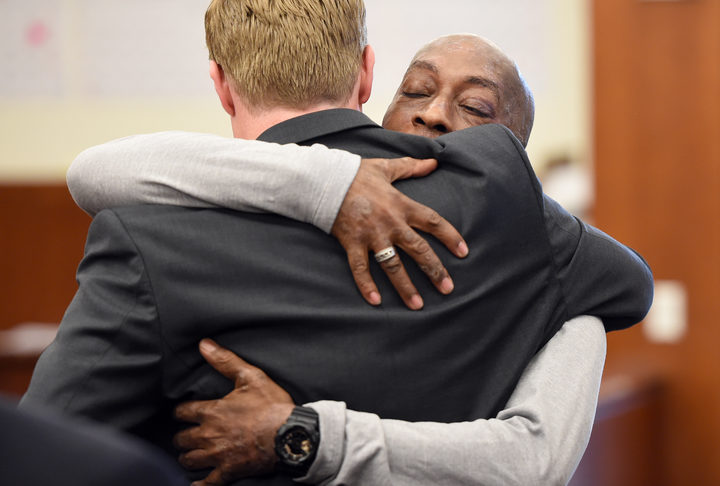 Plaintiff DeWayne Johnson hugs one of his lawyers after hearing the verdict to his case against Monsanto at the Superior Court Of California in San Francisco, California. Photo: AFP