The migrant man dubbed a hero for saving a child of a balcony has been granted legal immigration status who his actions.

However there have been people calling out the French Government for double standards over the issue, asking whether migrants must do heroic acts to be considered for citizenship. 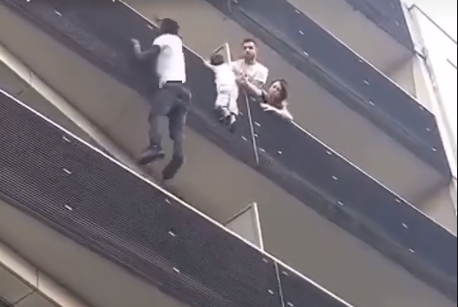 A passerby captured the rescue on video. Photo: Facebook