Glow in the dark collars are proving to be an effective way of helping birds to evade cats.

It's one of the findings of the CatMap project in New Plymouth, where GPS units attached to cat harnesses have helped researchers and school students track the movements of domestic cats and think of ways to protect endangered species as well as change cats’ behaviours. 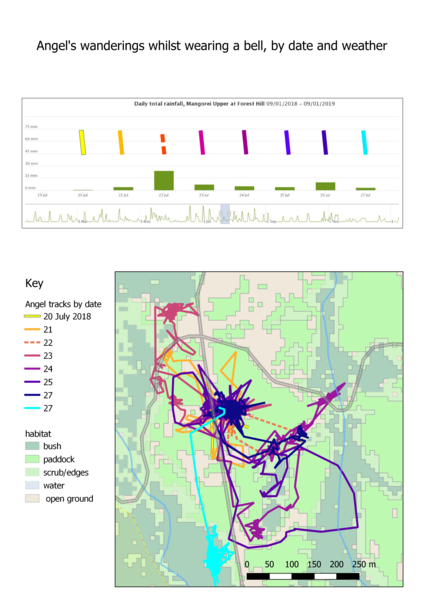 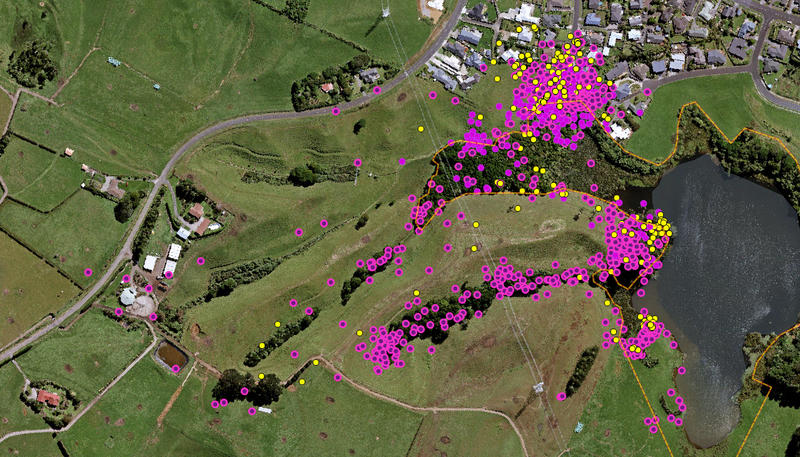 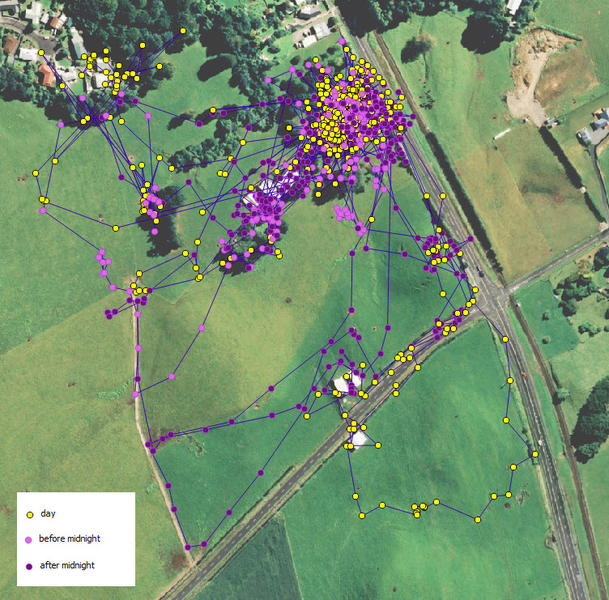 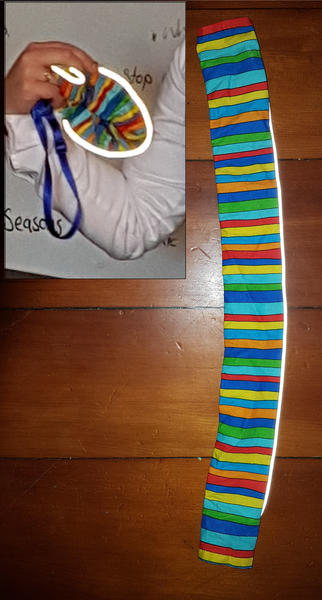 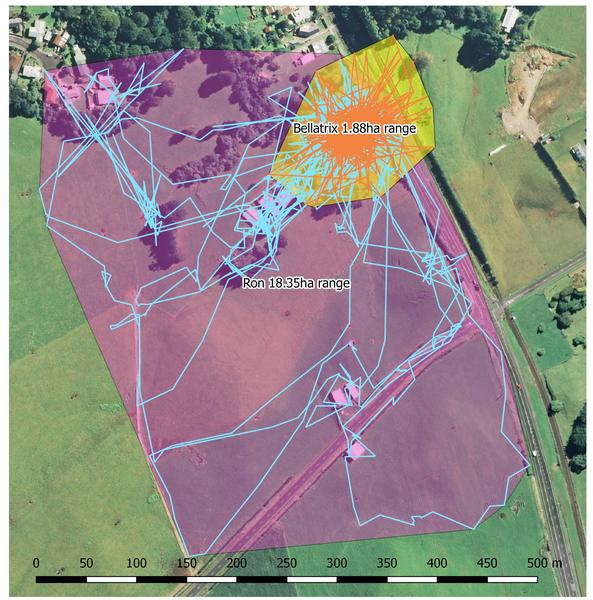 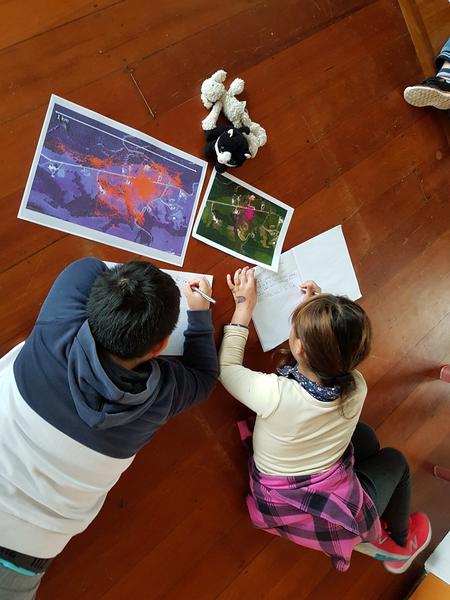 CatMap project co-ordinator Elise Smith told Lynn Freeman for many years cat owners and conservationists have grown worried about researchers saying the plight of the country’s wildlife is being compromised by predators.

“The papers were showing that we couldn't sustain predators such as stoats, ferrets, cats. So being keen on cat ownership and responsible cat ownership, we think it's very important to actually find out more about this, what our cats actually up to, how many cats do just stay at home and do nothing, and how many cats we might know roam?”

The project wasn’t about eliminating cats, but rather finding measures that owners can take to safeguard wildlife without having to give up their beloved pets, Smith says. Other communities are also trying out similar ideas.

“There's quite a few projects around the country which are now thinking about how we can track cats and owners can take positive measures. Like at Kaikoura, we've sent a lot of our harnesses and equipment down there, and the cat owners around Kaikoura are tracking their cats to see if they go anywhere near the dotterel colonies.”

But fellow project co-ordinator Josephine Fitness told Lynn Freeman the technology they have at the moment is quite primitive and does have its own limitations.

“We started getting to the point where our interests were getting further and further beyond the capabilities of our technology. So as the project went on, it started getting a little bit frustrating because we are very limited.

“And as the project went on these GPSs started deteriorating a bit, I guess being outside even though we water-proofed them as best as we can. The cats like to chew them, they tend to think of them more as a portable chew toy.”

In addition, she says sometimes large buildings or clumps of tress would block the signal and they would be only able to get a close estimate of the locations in New Plymouth.

And as anyone who owns a cat will know, attaching some piece of tech to a harness on a cat comes with its own challenges.

“Adding a chunky piece of tech to them can be problematic. But as you say technology is progressing, it's getting smaller, and we now have the ability to track these cats ... it's been really helpful being able to use these little GPSs,” Fitness says.

“They're pretty cheap and anyone could do them if they wanted to. It isn't up to scientists on their own to do this kind of research as well.”

The project also had to rely on the owners to be honest about if the cat was bringing home a catch and what it was.

“I know that there were cats who actually brought home some of our native spaces, but they were trying to cover it up a little bit, I guess. So we have that limitation as well with people not wanting to be sort of named and shamed, which is completely understandable,” Fitness says.

The units are attached to the cat’s harness and involve a tiny box with one button on it, which is pre-programmed to turn on automatically when its needed, and tracks movements for a week.

Cats have their own personalities

The project set out to find where cats roam, how often they were fed, if they were shut in at night or let out, and what risk - if any - they were posing to wildlife in local parks and reserves.

But every cat is different, the project has found. For example, they tracked brother and sister Nudge and Angel, who live next to a key native ecosystem and with lots of dogs. Angel, the younger of the siblings, is an explorer and lingers around on the borders of a native reserve. Whereas Nudge is described as the “big fat lazy cat” who stays at home and in the immediate area.

Owners are often fascinated to see how far their pets go and where their favourite spots are, Smith says. And owners can even use that info to track them down later if they want them back home.

One cat managed to roam about 150km over a week, while another travelled 18km from home in one day, the project co-ordinators say.

Sometimes even the owners don’t realise their cats go strolling out and about at night because they’re back at home in the morning like nothing happened, Fitness says.

“The [students] came up with some really good ideas on how to prevent that, and ways that we could stop cats from roaming as far or been as destructive on their roam. So sometimes it's not about just caging the cat up, to not be a cat almost, but to minimise the impacts they have when they are out and about.”

Smith says seeing where cats go give owners a chance to find out if their pet poses a risk to wildlife and how to remedy that.

“This gives the owners an opportunity to think deeply about their cats' behaviour and start thinking about how to protect the wildlife.”

Fitness says they’ve adapted using glow collars – which are made of bright material that also reflects light – to stop birds from being eaten.

“My cats have been wearing these glow collars for two years and they've never caught anything since and they were all bird hunters prior.

“And my cats, they're not shut in or anything they can use the dog door to get out day and night but they've just never hunted anything since they've got these glow collars on. In fact, my backyard is covered in birds and because the birds can see the cats, they don't even run away.

“They just kind of carry on eating. And I end up with a very dejected looking cat."

The students also floated ideas about training cats on certain foods and developing the technology more, and even had fun activities like pretending to be cats to get in the mindset of where the predators would hide.

“We had one kid who was bit of a tech guru. Every week I was there he was coming up with some cool ideas ... And it was quite beyond me, I'm not a tech guru like that. So they really thought about the project indepth and not just ‘let's save all the birds’, but also how to enhance our technology as well.”

While research has found pet cats do hunt, Fitness says they’re not that big of hunters in comparison to wild or feral ones, and that even their hunting style and target differs.

“We know there's a lot of wild cats and a lot of feral cats that are big wildlife hunters, that's their only food source. So I'd love to see more focus on tracking these wild cats to understand the behaviour a bit better and to possibly come up with better pest control for them.

“With the feral cats because as you say, they'll have more sort of desperate need for food, they're actually going to start targeting things like the bird's nest and they're a lot more aware of where vulnerable animals are.

“Whereas a lot of our domestic cats are probably trying to chase down the adult birds in the backyard, which will fly away but our baby birds don't fly so there will be a slight difference in the way they hunt as well.”

Smith says they hope the other Curious Minds projects on cats will also upload their findings on the Citizen Science Hub so more discussions can take place.

“It would be really beneficial to have a nationwide exposure with it and a nationwide conversation about this type of stuff. Cats major predators and we are wanting to become predator free but they are people's pets and families," Fitness says.