If you’re catching up with some gardening this summer over the holidays and are curious about growing some herbs, expert Jane Wrigglesworth says it’s all quite easy and shares her pro tips. 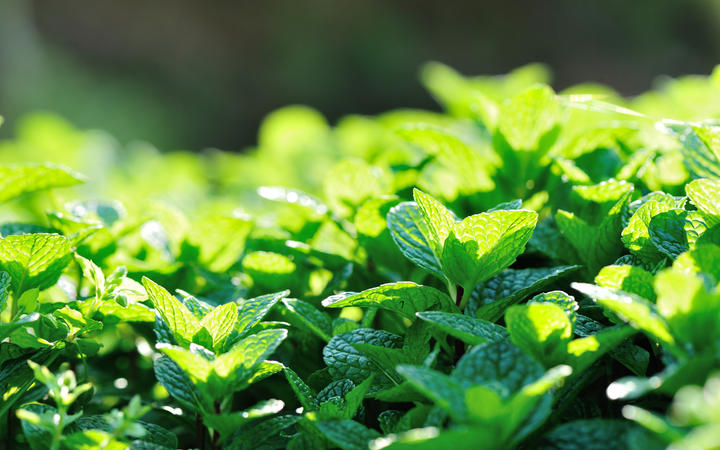 Jane Wrigglesworth edits HerbNews, and has a website called Flaming Petal. She also writes for NZ Gardener and New Zealand House & Garden magazine and for newspapers around the country.

With increasing interest in maintaining health naturally and rise of vegan/vegetarian foods, herbs have come to the forefront with some even labelled as super herbs, Wrigglesworth says.

“Because of the fact that most of them are incredibly high in vitamins and minerals and antioxidants etc,” she told Lynn Freeman.

“So years ago, we had it as a garnish on the side of our plates, but now people do eat it thankfully."

And unlike some plants, most herbs are easy to maintain because they don’t require feeding and don’t attract pests, Wrigglesworth says.

“Herbs are very, very hardy and don't really have many pests at all and I would say that was because of the volatile oils in them and they have a lot of phytochemicals. 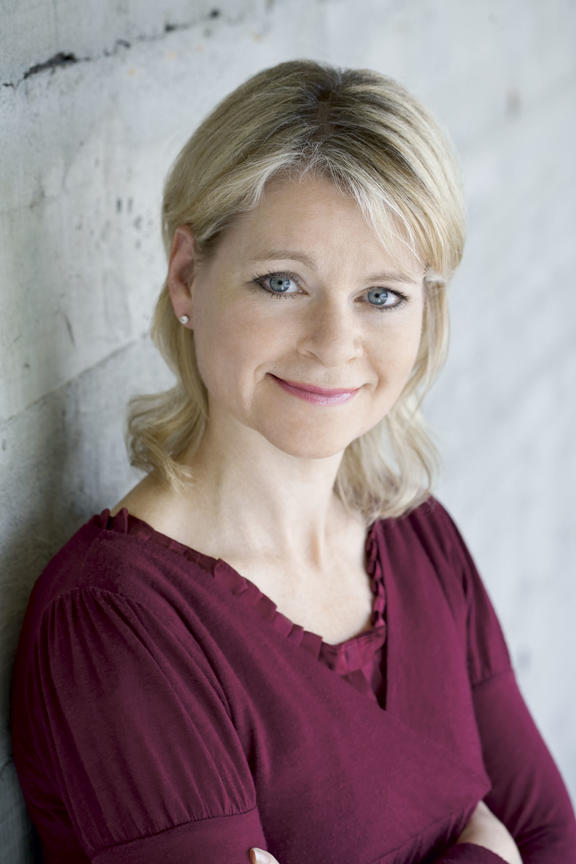 “So just natural compounds that combat pests and diseases, which is why it's good for us to eat them as well. We get those the good benefits of the phytochemicals.”

Although, she says one thing to be wary of is mint can rust and chives can develop black aphids if not maintained.

If you’re unsure what type to grow, Wrigglesworth says annual plants may be a bit harder to grow because they require more moisture than perennial ones.

"For the annuals, you need a good basic soil or potting mix if you're doing it in containers, so long as you've got that going you don't need to feed your herbs. In fact, if you overfeed them and overwater them, you're going to dilute that flavour.”

And if you’re planning to grow a range of different herbs, it’s good to group them according to their water requirements and likeness, she says.

“You might want to group your annuals together like your basils and those ones that do need a little bit more water,

“Another one that is a perennial is chives that could probably do with a lot of water because if they are water stressed, they get a lot of those black aphids.” 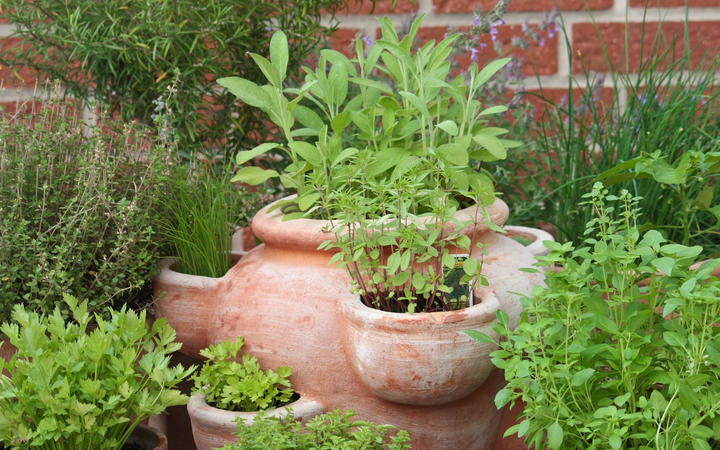 Parsley is a biennual herb, meaning it will seed in its second year of growth and self-seed easily if it’s in the right spot, Wrigglesworth says. But in the second year, the leaves start to get a little bitter, she says.

“That's because it's putting all its energy into producing the seeds of the plant.

“My advice would definitely be to plant a new plant every year because of the second year the leaves get a little bit bitter.”

It also tends to grow better in some shade rather than direct sunlight, she says.

This herb requires a good deal of water and grows better in partial shade, Wrigglesworth says.

“They'll need excessive watering, but put something like basil in partial shade and then it will grow much better for you and pinch off those top tips so that it doesn't flower and also it helps to bush out."

Coriander can be difficult if you want it to continue growing for an extended period of time, Wrigglesworth says. It will require shade and does better when left to self-seed, she adds.

”I have a friend who grows it just to perfection and it actually is in full sun, but she has it in one bed, she just leaves it and it self-seeds the whole year round and so she has a regular supply.

“So that's how you'll get a regular supply - don't have just one herb for coriander, have several herbs, let it self seed and it will just keep popping up year round.” 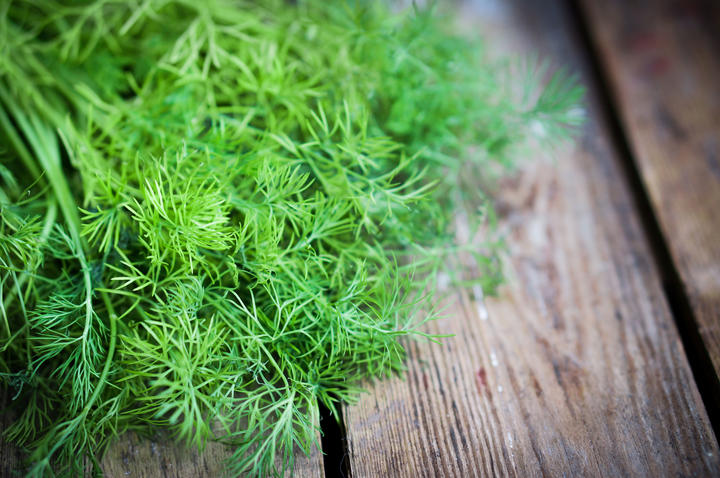 These herbs are also part of what’s called the carrot family like coriander. They will also self-seed, and sometimes too easily for fennel, Wrigglesworth says.

Dill can be used when you pickle things like cucumber, or use the leaves in fish dishes, she says. But they’re also known to have benefits for digestion too, she says.

“If you've got bloating or gas or something like that, it's very good for calming that. So you just make a tea out of those seeds is to stick them in hot water for about eight minutes and then sip on that and that should help.”

If you keep fennel and dill together and find it hard to tell them apart, Wrigglesworth says look out for the foilage – dill's has a more blue hue. Also fennel is a perennial while dill is an annual herb.

"If you're living in a warm area the fennel will die down but the actual base will stay there, but they dill will die back completely.”

When it comes to mint, there’s so many variations – including peppermint, spearmint, bush mint, and basil mint. But Wrigglesworth says often mint cross pollinates, meaning that sometimes gardeners will have different shaped leaves of the same variation.

Bush mint tends to last longer, while spearmint has a milder flavour and is beneficial for medicinal purposes, she says.

Mint tends to wander out when it grows but rather than growing it in a container, Wrigglesworth says it’s better to plant it in the ground. 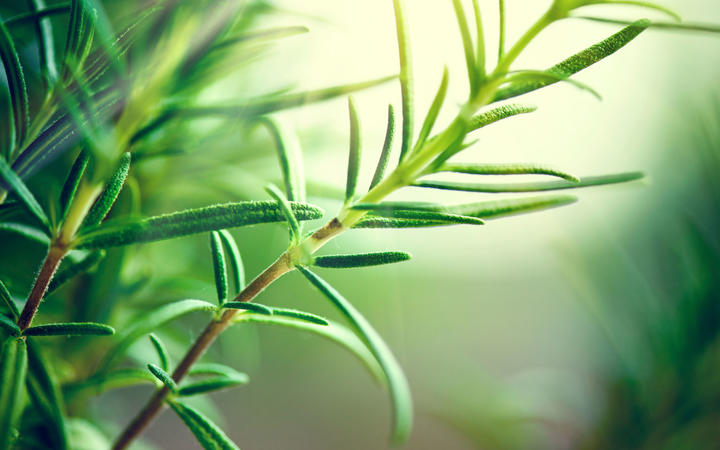 Rosemary requires trimming at least once annually to keep it from going “woody”, Wrigglesworth says.

“So cut it back by about a third each year and make sure you do do that because if you don't, that's when it starts to get leggy. And once again it gets leggy that's it really, you can't really get it back because you can't cut back into that wooded area because it won't regrow.”

If you have a knack for herbs, you can also try more exotic ones. Wrigglesworth recommends sorrel – a lemon-flavoured leaf perfect for salads – or marjoram.

"[Marjoram is] super, super high in vitamins, minerals, amino acids, it's got something like 46 antioxidants and 36 anti-inflammatory compounds in it. It's one of these herbs they class as a super herb.”

But if you want to branch out further, Wrigglesworth suggests giving turmeric or ginger a go.

Start by getting a fresh tuber (either ginger or turmeric one) and pop it in a container and leave it in a warm dry place, she says.

“So keep it out of direct sunlight and shoot will appear and just let that grow and in the following year, you can harvest them, easy.”