Writer Ashleigh Young received an astonishing phone call in 2017, she had won an extraordinary and somewhat obscure literary prize, the Windham Campbell for non-fiction.

She was the first New Zealander to do so (recipients do not know they are being considered until they are told they have won) and it was for a lot of money - $230,000. 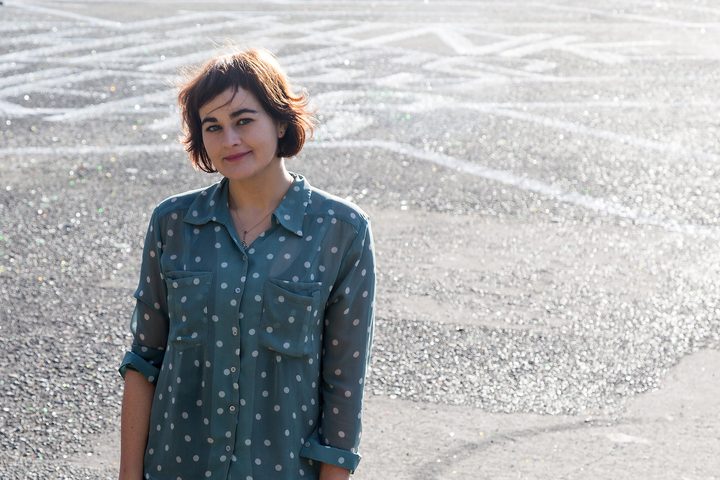 At the time there was much media attention about the amount of money and what Young would do with it.

She says when she first got the news she “levitated” and then the doubts set in.

“I spent three days absolutely levitating, you know when you’re in love, you’re falling in love and you just want to create a bit of a scene about it?”

But after three days she says her mood changed.

“The rest of that year was me grappling with that doubt and trying to talk myself out of it and talk myself back into that initial levity I had felt.”

Although grateful for the influx of money, conversations about it were awkward, she tells Charlotte Graham-McLay.

“I grew up in a house where we didn’t really talk about money all that much, it was like the insides of a computer or even baking a cake or something, it was a mystery, that it wasn’t kind of for me.

“And all of a sudden I had people asking me what I would do with it and berating me for not wanting to buy a house immediately and I was just deflecting with silly answers like oh I’ll buy a pair of socks or I’ll buy a little writing table.”

She was also asked whether the money would allow her to give up her work as an editor and write full time, for Young that was never an option.

“I’m very lucky in that I really love my job.”

Young says she had to give herself time to start to enjoy the process of writing again.

“I became very much more self-conscious about what I was writing, and did feel a bit more pressure, there was just a lot more noise in my head I suppose I’m sure that’s not unusual when you get a bit of attention, suddenly your head fills up with static so I had to work a bit harder to get through that and to be able to enjoy my writing again.”

With the prize came invitations to talk at festivals and Young says she both enjoyed and was terrified by talking about her writing to a live audience.

“I still find it really difficult, going out on stage to talk about my work, or even read my work, there’s always this little but of me that says ‘you’re going to be brilliant, you’re going to go out and you’ll transform into this anecdote machine and you’re going to be irreverent and wonderful – I should emphasise that’s a very tiny part of myself - the rest is just panic!”

The attention and the invites inevitably created distractions, Young says.

“It became a little bit harder to find a quiet place where I could just go into my own thoughts because I felt like the rest of the world was pressing in all the time - that is starting to ease off a little bit now of course.”

She says, despite the self-doubts that bedevil many writers, she loves writing and feels “slightly unwell” when she’s not.

And if she’s stuck for something write, she “gives herself permission to write badly”.

“Because you’ve got something, and something is better than nothing, you’ve made the page blink, whereas before it was just a blank nothing.”

Ashleigh Young was the first New Zealander to win Yale University's Windham Campbell Prize for Non Fiction. Her second book, Can You Tolerate This?  is an acclaimed collection of essays about isolation and coming of age in heartland New Zealand. Young works as an editor at Victoria University Press, and in 2019 will edit The Friday Poem for The Spinoff Review of Books. Her poetry and essays have been widely published, and she blogs at eyelashroaming.com.