Piers Steel: Why we procrastinate - and how to stop

Procrastination is the thief of time, or so they say, but is there anything we can do to tackle this human frailty?

An American academic says first we must accept that the odds are stacked against us and we’ve been putting things off since time immemorial. 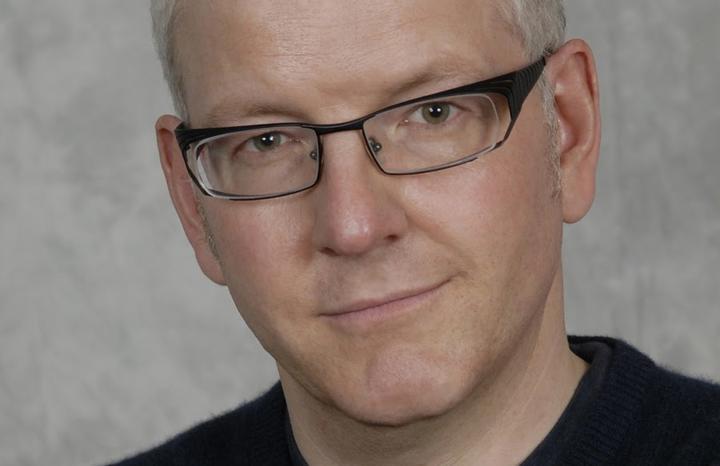 Piers Steel is one of the world's leading thinkers on the science of motivation and procrastination, and has made a study of the subject.

He is a distinguished research chair at the University of Calgary, and his book, The Procrastination Equation lays out a toolkit for "how to stop putting things off and start getting stuff done".

He says the oldest reference he can find is 1400BC on an Egyptian hieroglyph which says 'friend do not put off work so that we can get home in time'.

He says for each step forward civilisation makes; the procrastination problem just gets worse.

“Its prevalence is in lock-step with every march forward in civilisation … never before in all human history have so many procrastinated so much as now.”

And why is it so bad now? Too much tempting tech, he says.

“Many leaders in Silicon Valley won’t let their kids have phones because they recognise they are motivationally destructive.”

He says the world is constructed perfectly to thwart our best intentions.

And despite the monumental human achievements of the last several millennia, parts of our brains haven’t changed much since we were living in caves.

“But there’s another part of the brain, it’s called the limbic system, it’s evolutionarily older, it’s simpler, we share it with common animals, it responds to the here and now, senses, smell, taste touch and if something is immediately available, it becomes hyper-activated.”

And this primitive part of our brain is surrounded by limbic stimuli, he says.

“We haven’t really evolved so much in the last few thousand years, we still are the same human beings but what has changed is the easy access to temptations and how well they’re designed.”

We’ve made the world “motivationally toxic,” he says and a “limbic system wonderland”. 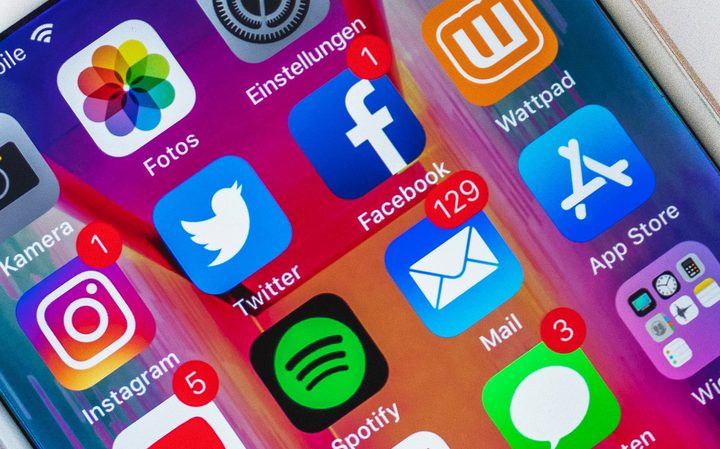 So how do we tilt the scales back in our favour? While we might make plans for the future with the prefrontal cortex, abstract stuff about going to the gym, we have to engage the limbic system to make it happen.

“The limbic system and pre-frontal cortex really do speak different languages, so you have to translate your abstract goals that your pre-frontal cortex loves to create into a series of short-term specific tasks … almost like you’re telling somebody else what to do.”

The tasks must be very specific, he says - what, where and when – and broken down into smaller achievable goals.

“Effective goal setting is one of the key elements of fighting procrastination and that is just taking a … how do you eat an elephant? Breaking large tasks that seem impossible into a series of ‘I can do that’ steps.

“From that, you also take advantage of your impulsiveness, because it is a short-term step and we tend to like things that are short term.”

This approach is proven to work, Steel says.

“You’ll see that the likelihood of them being executed goes up, we’ve tested and in some places by 800 percent and you get 800 percent because the original chance of you doing it was 5 percent … so now you’re an almost 50 percent chance!

“We homo sapiens have beautiful intellect, but we have built this world to sabotage our will at every nook and corner.”

Procrastination is something self-help books seldom address, he says. And when they do, they often get it wrong.

“It says things like do first things first, it’s almost saying that the cure for depression is being happy, you should be happy if you’re depressed, if you procrastinate you should do things first … that’s not a solution, it’s just an antonym.”

An effective tactic is to simply take yourself away from distractions - the phone, browsing and gaming are the biggest time stealers, he says.

“Anything that is easily available and obvious you’ll make more use of, so you’re trying to make your temptations less obvious and less available.”

He suggests having a personal, play, log in and a work one to keep work and play separate, and there are also products that limit the availability of the internet.

If you intend to go to the gym after work, go there directly, he says.

“You don’t want to stop by home before getting there, you want to pack your bag and leave it in the car because once you get home, your home is a playground for temptations.”

There is also a concentration sweet spot for we humans, Steel says.

“You probably only have 4 or 5 hours a day of good quality concentration time …. what are you doing with those five hours? I find if I work hard for those five hours, when I’m at my top, I can goof off for the rest of the day.”

Make the most of that time, he says.

“People come in [to work] and do the low level, the emails, the cleaning and you’re wasting your power hours.”

And be realistic about what’s achievable, Steel says.

“I’m realistic about the weakness of my will, I don’t have infinite stores of energy, I really only can provide my A game for a limited amount of time.”

Tapping into those golden power hours is therefore essential, he says.

“We should recognise there’s a closing window of productivity every day and you have to make best use of it because after that, your efforts are going to be feeble and probably guilt-ridden, but it’s only because you didn’t follow the operating instructions for your own brain and your own self - but to be fair they were never given to you in the first place.”

An overdue history of procrastination 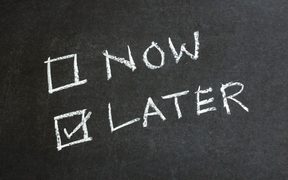 Andrew Santella is a terrible procrastinator who's not afraid to admit it. The American writer takes a deep dive into habitual postponement in his new book Soon. Audio

Get on with it! 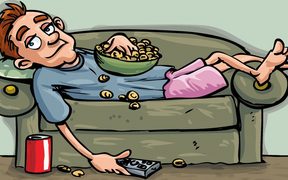 Why put-off until tomorrow what we can do today? Ever found yourself making yet another cup of tea when you should be working or studying? Rebecca Olsen, PhD student from Victoria University's School… Audio

Listen duration 9′ :36″
Add to playlistPlaylist
Download
Get on with it!
Tags: