If you live in Auckland and like eating Pasifika food chances are you've already eaten at the popular Eight Roses cafe and buffet in Otahūhū.

The name 'Eight Roses' is a tribute to the eight children of the Tongan-Kiwi couple who own the restaurant – Freddy and Katokakala Tu'akalau.

Freddy Tu'akalau (who is also the head chef) shares with us his recipes for Lu Pulu (corn beef in taro leaves), Pacific ceviche and lime and mango cheesecake. 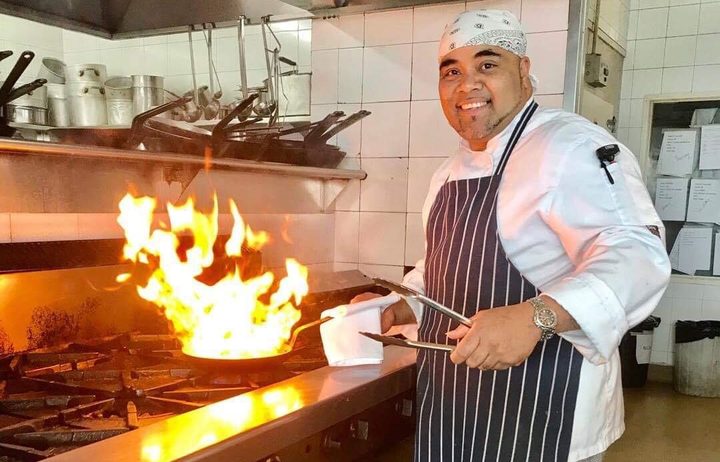 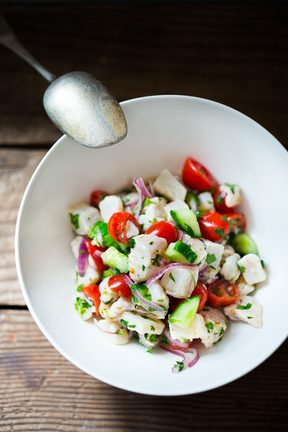 When Freddy and Katokakala moved to New Zealand from Tonga in 1994, his hadn't planned on becoming a chef, but got a job as a dishwasher at Soul Bar & Bistro on the Auckland Viaduct.

He soon realised he loved working in a kitchen, and his employers helped him train at the Auckland Hotel and Chefs Training School.

Before opening Eight Roses, Freddy also worked at the Auckland seafood restaurant Mikano, where he developed his ceviche recipe.

It has a bit of kick to it and his favourite fish to use is "the Kiwi number one white fish" snapper for its texture.

The buffet at Eight Roses reflects Freddy's taste for international flavours – and includes Indian dishes, Middle Eastern dishes – but skews towards Pasifika food because Samoans and Tongans were his first and best customers.

"I can do almost every country's food… When I opened Eight Roses, my business, the only people who would support me are my people – that's why I'm starting with Pacific island food."

Eight Roses has celebrity customers – including the Auckland MP Jenny Salesa, who likes their breakfast – and members of the Samoan and Tongan royal families.