Bringing comfort to the fight against sexism 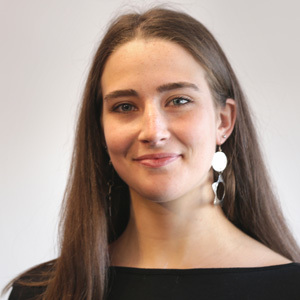 Hannah Payne is designing a high heeled shoe for women who are expected to wear them in the workplace – but aren't happy about it.

Payne is one of the young people in the Inspiring Stories Trust, working on her idea over the summer in an accelerator programme.

She told The Weekend she wants to fight against the dress code expectations of women, particularly in the professional, corporate and in high-end retail sectors.

In her previous job in an “unnamed luxury jewellery store” her contract stipulated she had to wear high heels every day.

“Even if it is not in people’s contracts it’s often just expected, or women feel that they should [wear high heels to work] in order to proves themselves.

“And it can actually restrict a lot of our performance in the job because we are worried what’s on our feet, and whether we are in pain.”

Payne says the argument that making staff wear high heels is okay because it is part of a dress code doesn’t add up because men do not have to wear them.

“If it was an equal uncomfortable dress code then sure, that has a little bit more weight, but the fact that it is just the females in discomfort all day. It’s really so restrictive for us in the jobs that we’re already trying to fight to keep and get paid properly for."

Payne wants to use her comfortable high heel shoe design to inspire more women to speak up and point out sexist behaviour in the workplace – something she has had to deal with.

And although her shoe is still in the design phase, she is contemplating including a small design feature that people will be able to recognise as representing women standing up for their rights in the workplace - similar to wearing a white ribbon, she says.

“[It will be a] peaceful protest against things that have been said against you.”

But the most important thing: it will be a very comfortable protest, Payne says.